Jack Lisowski topped Group N of the WST Pro Series with Luca Brecel second, both players advancing to the second phase by the narrowest of margins.

In an exciting conclusion to the day’s action in Milton Keynes, five players went into the last round of matches with a chance to make it through to the second stage in March, all having won four of their first six games.

Zak Surety could have finished in the top two by winning his last match against Brecel, but he lost 2-0. Jackson Page needed to beat Michael White 2-0 to guarantee progression, but lost 2-1.

Meanwhile, Lisowski saw off Graeme Dott 2-0 and Andrew Higginson beat Brandon Sargeant 2-0. That left Brecel, Lisowski and Higginson tied on five wins each, all with a frame difference of plus four. The next criteria is the head-to-head record, and the results between those three players were:

While the trio were tied on one win apiece, Lisowski had the best frame difference in this mini-group with +1, followed by Brecel on 0, then Higginson on -1. Lisowski therefore topped the overall group with Brecel second and Higginson third. This criteria was set out in the rules before the event started. 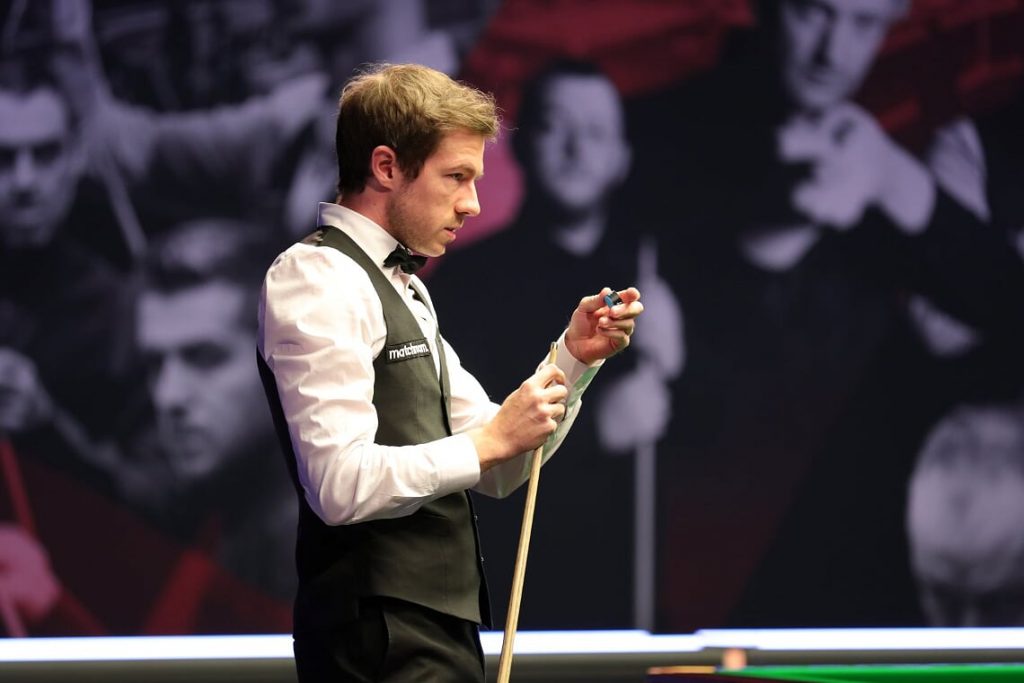 Lisowski said: “I knew I had to win my last match 2-0 to have a chance – I did it and it feels great. I felt as if I was getting sharper as the day was going on. It’s a good warm-up for the German Masters.”

World number 14 Lisowski missed the Betfred Masters earlier this month after returning a positive Covid-19 test on the eve of the event. “I was gutted,” he said. “The feeling was ten times worse than any game I have ever lost. To not be able to play was so confusing. And then to be told I had Covid – I was thinking about all these things. Luckily I was fine, but I was gutted because I had a lot of momentum and I was playing great. I fancied a good run. But it wasn’t meant to be so I had to suck it up, take ten days in isolation and then started practising for this tournament.”

The £420,500 world ranking tournament resumes in March, with the next eight groups to be played from March 9 to 16, followed by the second phase, with 32 players drawn into four groups of eight. The top two in each of those groups will contest the final group on March 21. The 16 players to make it through so far are:

As I expected, this format is helping the younger players: 10 of the above 16 are under 30 years of age, whilst we have only three in the current top 16. It’s a good experience and good money too if they do well in the group.

Zak Surety was outstanding at the start of the day. He is someone who I have often watched playing in amateur and pro-am events. He’s either very good or very poor. Yesterday he was very good for most of the day. Being able to do it under presuure is something he still needs to work on.

Graeme Dott was pretty terrible … like most Scots in this comp, probably due to issues hindering  their preparation. Dotty hates round-robins at the best of times. Yesterday’s result is unlikely to spark a change of mind.