The last 128 round of the Shoot Out concluded yesterday and here is the (only) report by WST: 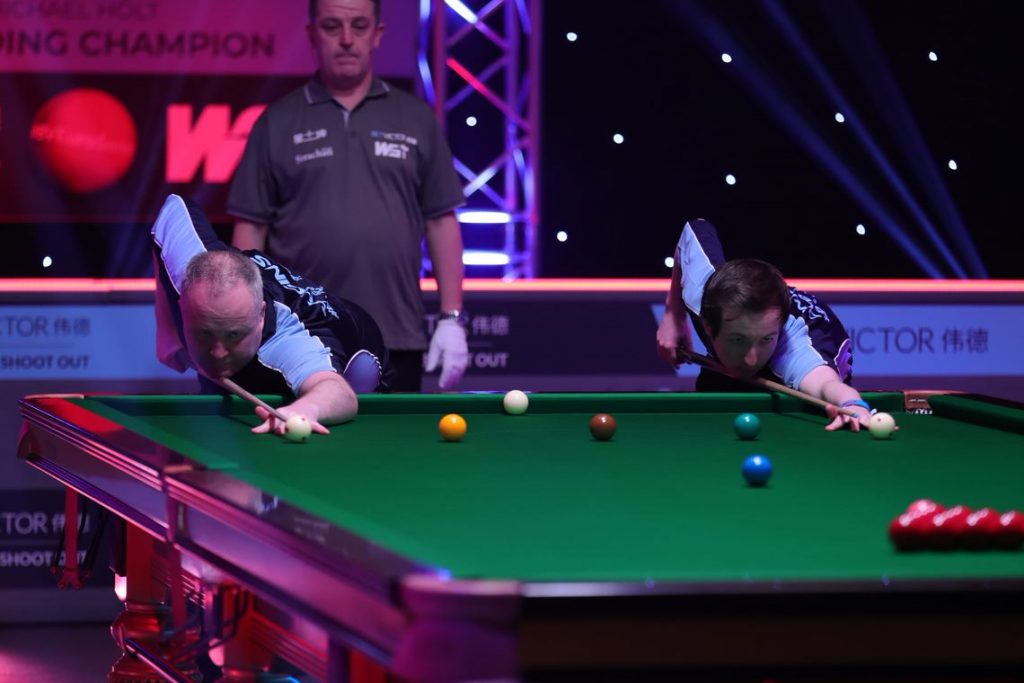 John Higgins has spent the past ten days isolating in his bedroom in Wishaw, but made a successful return to the baize by beating Scott Donaldson in the first round of the BetVictor Shoot Out.

Higgins tested positive for Covid-19 ahead of the BildBet German Masters and headed home to Scotland, but his isolation period finished just in time for him to return to Milton Keynes and compete in the Shoot Out for the first time since 2016.

His battle with Donaldson was a cagey affair and Higgins trailed by four points with just 80 seconds on the clock, but then knocked in a long red and made a break of 14 to book his second round place. The four-time World Champion will face 2019 Shoot Out king Thepchaiya Un-Nooh in the opening match on Saturday afternoon at 1pm.

“I’ve been in my room for the last ten days, with my wife and kids bringing me meals and cups of tea,” said Higgins. “I was looking forward to having a game of snooker even if it was just one frame. And it gave my mum something to watch on TV!”

The most dramatic match of Friday evening was Liam Highfield’s last-gasp win over Rod Lawler. Highfield trailed 52-16 with just 78 seconds remaining, but potted the last three reds with colours then took yellow, green, brown, blue and pink for a fantastic 41 clearance to clinch a place in round two.

There are 14 amateurs among the 64 players remaining, including Ben Mertens, Sean Harvey, Kuldesh Johal, Hayden Pinhey and John Astley who all scored impressive wins in Friday’s second session.

John Astley is hoping to get back on tour as soon as he can, but first he’s ready to grasp his opportunity in the Shoot Out

There was plenty more of drama… as these short videos shared by Eurosport UK on twitter will show you.

After Lei Peifan rushed shots, Ronnie assesses that there isn’t enough time for anybody to play their natural game.

Jimmy White won the first match of the day and Andy Goldstein teases him about a missesd blue.

Peter Devlin outs Jack Lisowski, then goes for an impromptu rap. Quite good I have to say.

Mark Allen made his debut in the commentary box and was truly excellent.

Also, the draw was made for the last 64 round. That round is played to a completion today.

The draw for the last 64 of the BetVictor Shoot Out has been made – click here to watch the random draw.

The second round runs throughout Saturday with sessions from 1pm to 5pm and 7pm to 11pm. For the match schedule click here.

Some interesting clashes there: