We are back in Milton Keynes as the 2021 Players Championship started yesterday evening and immediately lost the defending champion as Judd Trump bowed out to Stuart Bingham. 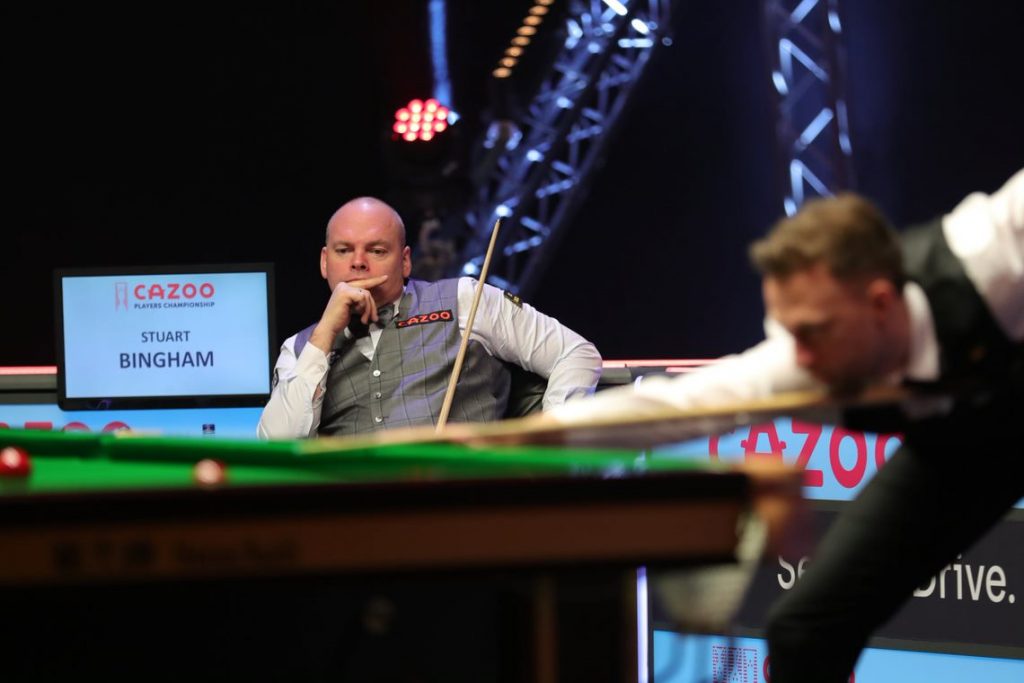 Despite missing two chances to make a 147, it was a momentous opening night at the Cazoo Players Championship for Stuart Bingham as he beat Judd Trump 6-5 in the first round.

World number one Trump saw the defence of his title slip at the first hurdle as he failed to bounce back from a last-32 defeat against Hossein Vafaei at last week’s BetVictor Welsh Open. He may have four ranking titles to his name already this season, but Trump will be disappointed to suffer another early exit.

Bingham goes through to the quarter-finals of the £385,000 event in Milton Keynes and will meet Zhou Yuelong or Barry Hawkins next.

World number 14 Bingham took the first two frames with a top break of 93, then Trump won three in a row with 81, 105 and 76. Basildon’s Bingham has made eight career maximums – only three players have made more – and he was on for a ninth in frame six, but missed a difficult thin cut on the 15th black on 113.

Trump regained the lead at 4-3 then his opponent’s second 147 attempt came in frame eight – this time he made 112 before over-cutting a tough pot on the 15th red to a top corner.

“Something clicked at 3-2 down, my timing was there,” said 2015 World Champion Bingham. “Judd saw me playing well, he was under pressure and made mistakes – something was not right with him.

“I watched Jordan Brown beating Ronnie O’Sullivan in the final in Wales last night and that inspired me. It was David against Goliath and I felt the same tonight.”

Trump said:  “I don’t feel I deserved to lose, it just wasn’t my day. At 4-4 I went into the pack from the yellow and finished on nothing, that was a big moment. I made a great clearance to go 5-5 then in the decider I just needed one chance, but Stuart froze me out.” 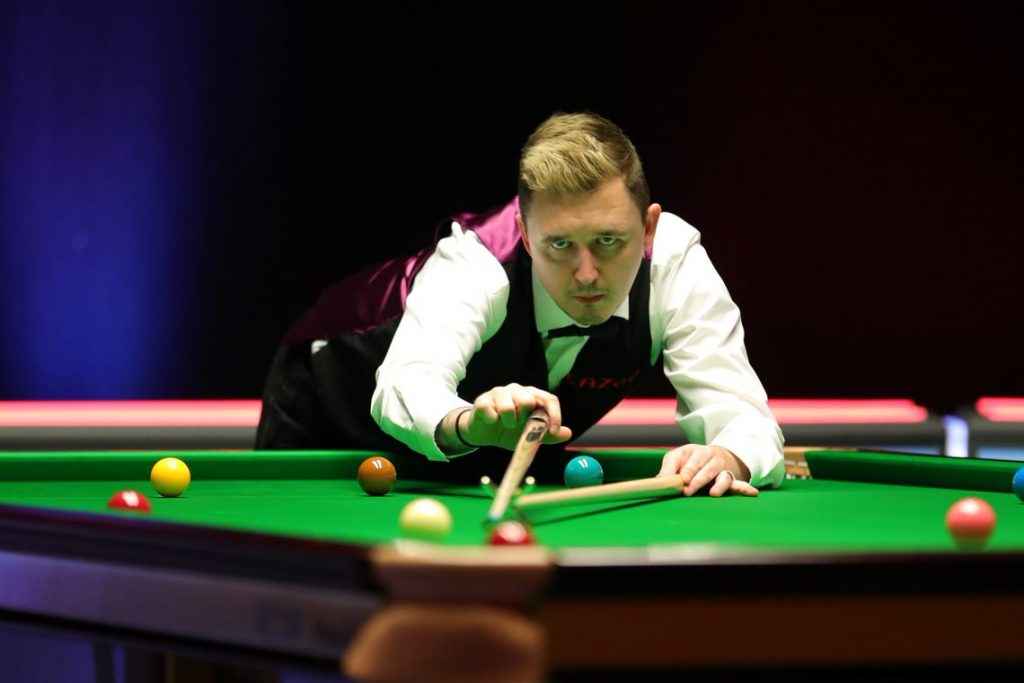 On the other table, Kyren Wilson eased to a 6-1 win over BetVictor Shoot Out winner Ryan Day. It has been a mixed season so far for Wilson – he won the BetVictor Championship League and otherwise has reached seven quarter-finals, but lost all seven. He’ll try for an eighth time in the next round against Neil Robertson or Lu Ning.

“I really enjoy these ITV events,” said Wilson, who knocked in breaks of 62, 59, 119 and 73 tonight. “It’s only the the top 16 players so every match could be a final. Ryan showed how well he can handle pressure at the Shoot Out so it was a tough draw and I’m delighted to beat him. I’ll just keep putting myself into quarter-finals and hopefully win one.”

Once again Judd Trump bemoaned his luck. He doesn’t seem to be able to accept that, on the day, his opponent was the better player.

Stuart has struggled badly in recent times and he has been speaking to Eurosport:

…
2015 world champion Stuart Bingham admits he was suffering from a crisis of confidence before his stunning 6-5 win against world number one and defending champion Judd Trump in the first round of the Players Championship in Milton Keynes.
…
“I’m really pleased. I was practising yesterday morning before coming up here and I didn’t want to get in the car. I felt really bad and had a chat with my missus, my manager and my coach,” revealed Bingham.

I JUST FOUND A BIT OF SOMETHING FROM SOMEWHERE. I THINK IT WAS THE FIRST CHANCE ON THE MAXIMUM AT 3-2 BEHIND. SOMETHING CLICKED AND I JUST FANCIED THE JOB.

“I’ve been playing really solid all year, but have just been losing too many deciders all season,” said Bingham.

I GOT SOME INSPIRATION FROM WATCHING JORDAN BROWN BEATING RONNIE IN THE FINAL YESTERDAY AND IT GAVE ME THE KICK UP THE BACKSIDE I NEEDED.

“I held myself together well. I’ve got my work cut out to make sure I qualify for the World Championship, but I’m in with a shout.”