This was published by WST yesterday evening:

PILOT EVENTS TO KICK OFF PLAN FOR SUMMER RETURN OF LARGER AUDIENCES AT SPORT, THEATRES AND GIGS

Major events including the Betfred World Snooker Championship and the FA Cup final at Wembley are being lined up as pilots for events hosting audiences to help pave the way for big crowds to return this summer. 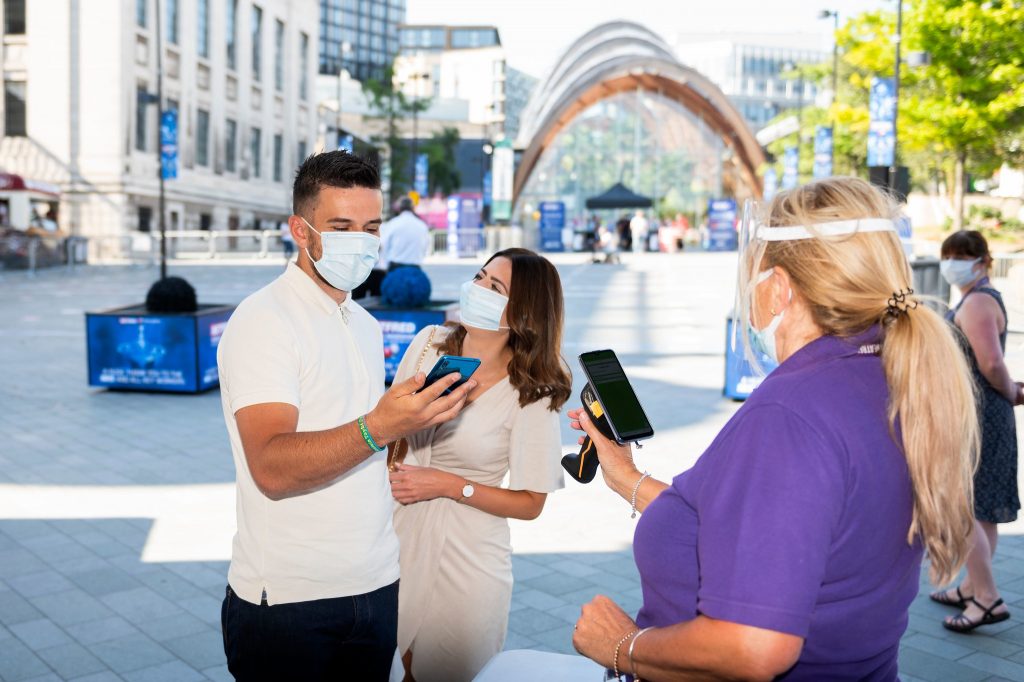 The Government will work with event organisers and local authorities to get fans safely in to around a dozen events this Spring as part of its science-led Events Research Programme (ERP).

The ERP will be used to provide key scientific data into how small and large-scale events could be permitted to safely reopen in line with the Prime Minister’s Roadmap out of lockdown as part of Step 4, commencing no earlier than June 21.

This review will be crucial to how venues – from major sport stadiums to comedy clubs, theatres to live music spaces, wedding venues to conference centres – could operate this summer.

It will be key to allowing the British public to get back safely in large numbers to doing some of the things they love.

Settings will include small indoor venues that have a capacity of circa 200 people, where a gig or comedy night would take place, to large outdoor venues such as Wembley stadium.

Decisions on the number of spectators allowed into the pilot events are yet to be taken and will be subject to discussions with event organisers and local authorities.

As well as London and Sheffield, Liverpool will be part of the pilot programme with test events being lined up to happen at a nightclub, comedy club and business events venue. 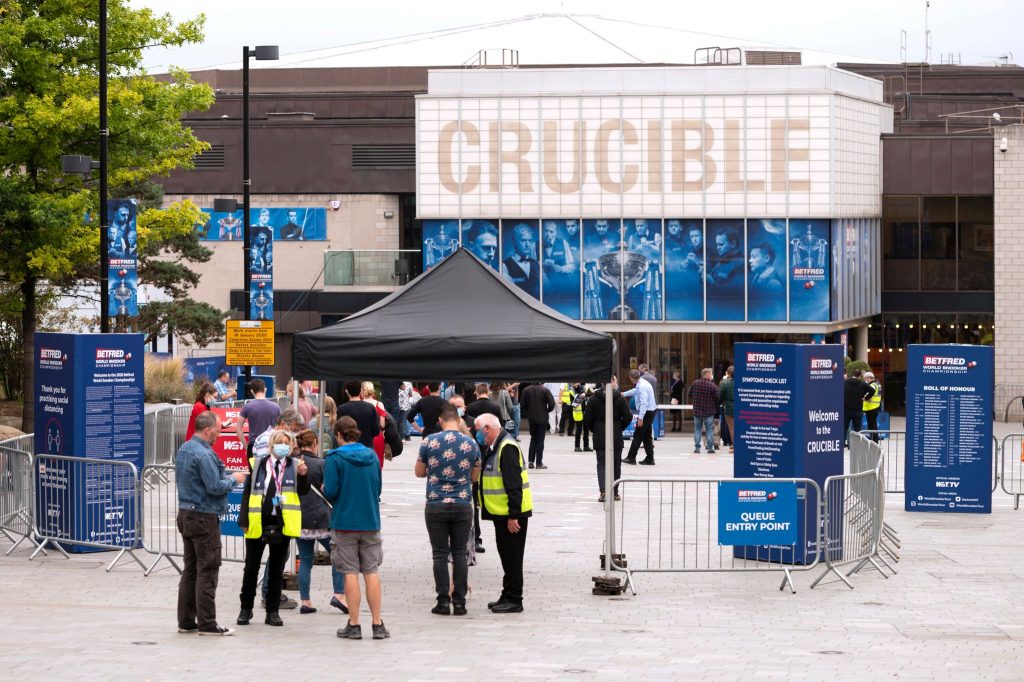 Venues participating in the programme will test specific settings to collect evidence and best practice. At the Betfred World Championship, Sheffield’s world famous Crucible will test a theatre setting, for example.

The evidence will then be shared across the event economy so that venues can prepare to accommodate fuller audiences.

Culture Secretary Oliver Dowden said: “These test events will be crucial in finding ways to get fans and audiences back in safely without social distancing.

“We will be guided by the science and medical experts, but will work flat out to make that happen. We want to get the people back to enjoying what they love and ensure some of our most important growth industries get back on their feet.

“These are important steps towards the safe and special summer we all crave and that I’m fully focused on delivering.”

Claire McColgan MBE, Director of Culture and Tourism in Liverpool said: “Liverpool is an event city. They are a critical part of our economy, culture and community and so we are delighted to be working with partners across Government, our colleagues at University of Liverpool and a number of local venues and promoters to plan this series of pilot events.

“Our experience as the pilot city for mass testing means we have the knowledge and infrastructure in place to deliver complicated projects safely, and we really hope we can help provide the evidence needed to ensure the wider sector is able to open across the country in the coming months.”

To build up the evidence base, a number of pilots will include spectators and fans not socially distanced under carefully controlled medical supervision.

The pilots will also test a range of non-pharmaceutical mitigating interventions during non-socially distanced events such as layout of the venue, face coverings and ventilation.

The study of each event will be overseen by a team of researchers who will be closely monitoring audience movements and interactions. 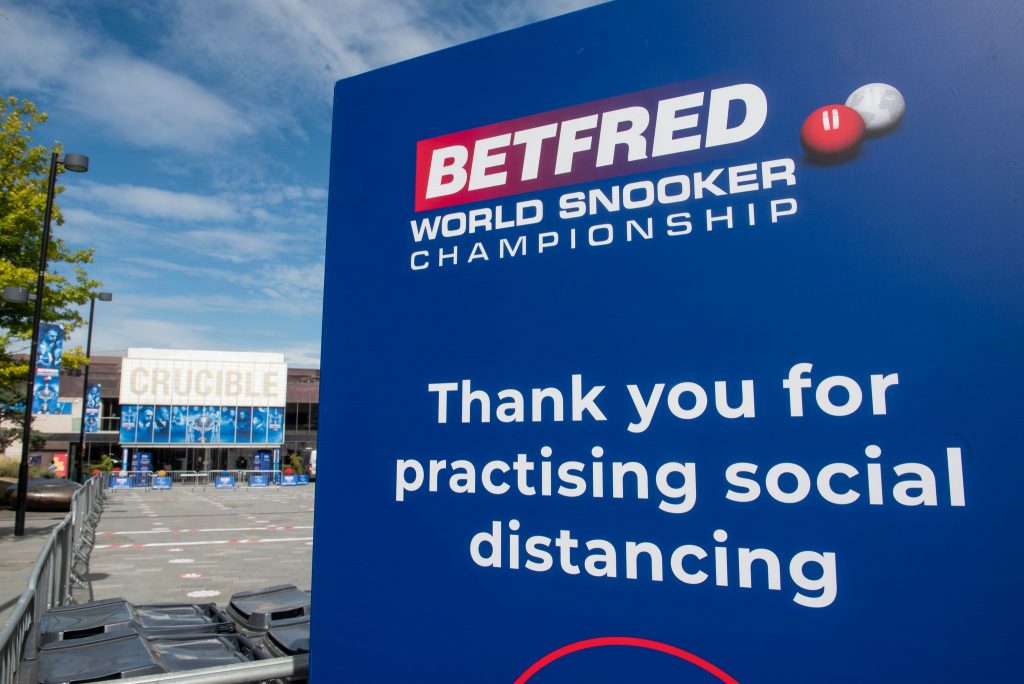 Attendees will be required to have a negative test ahead of the event and they will also be tested afterwards to ensure any transmission of the virus is properly monitored.

They will have to adhere to an agreed code of behaviour at the point of ticket purchase. This will include following existing Government guidance on the use of face coverings and adhering to event specific rules.

Attendees will not be permitted if they have symptoms of Covid-19. They will also have to provide contact details of everyone in their group for NHS Test and Trace.

The events research programme will include looking at risk factors in indoor and outdoor settings; small and large venues; seated and standing events and different forms of audience participation.

Transport to and from events; duration of events and catering and alcohol will also be factors that are looked at.

Ross was the chair of the government’s Sport, Tech and Innovation group, that provided guidance on sports reopening last year.

Their role will be to focus on the measures that need to be taken to ensure the safe return of fuller audiences to revive large sporting and cultural events to closed smaller settings such as gigs and club nights.

The ERP will produce a report to Ministers by the end of May to help inform government decisions on step four of the roadmap. It will also feed into the Government’s COVID certification review, announced in the roadmap.

We Will Rise To The Challenge

WST Chairman Barry Hearn OBE said: “We are thrilled to once again be selected as a crucial participant in the UK Government’s progress towards leading us out of the coronavirus pandemic and back on the road to normal life. 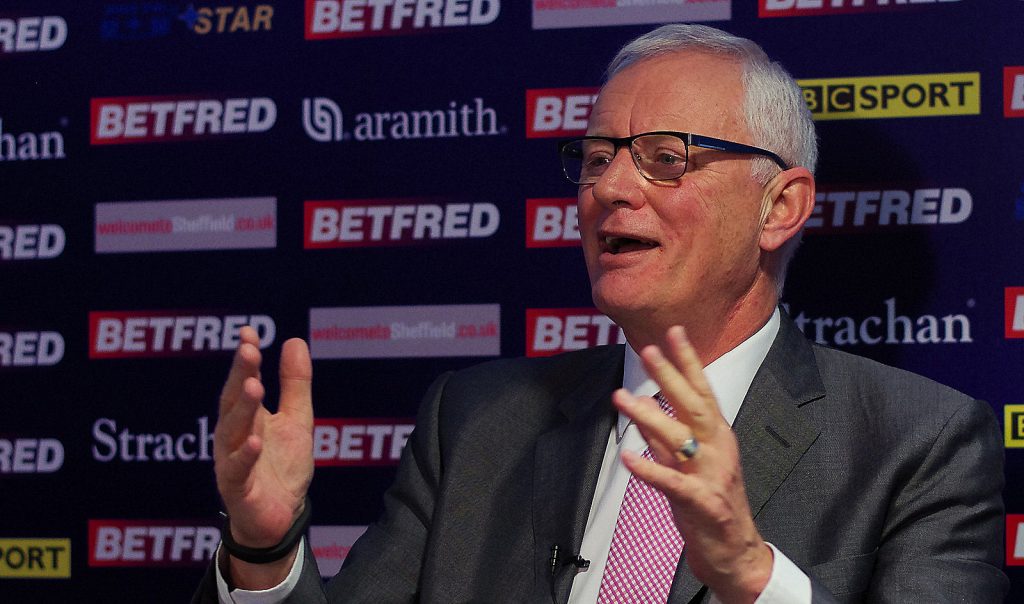 “This research programme will provide evidence required to show that people can get back to doing some of the leisure activities they love, such as visiting theatres, indoor concerts and sporting events.

“It is yet another challenge for us, but so far over the past year we have risen to every challenge and met it successfully. We have proved again and again that we can stage events where the safety of the players, officials and fans is paramount. The Betfred World Championship will be no different and we look forward to working day and night over the next few weeks, alongside our Government advisors, to ensure that all necessary measures are in place.

“This is fabulous news for the players, who have really missed the buzz of playing in front of a crowd. The atmosphere on the first morning at the Crucible will be better than ever. And for those lucky few who have a golden ticket it will an amazing experience.

“Snooker continues to lead the way in the sporting world as we fight back against difficult times.”

I have put two sentences in blue.

“We will be guided by the science and medical experts” is a mantra we have been hearing from members of the UK government since the start fo the Covid crisis, a government that has actually handled this crisis extremely inadequately, sending mixed messages, promoting daft experiments like the “eat out to help out”, failing the care homes, failing their health system … ok, I’ll stop the list here, but you get the idea. If the “experiment” causes a disaster this will be the excuse, and it has been used before: “We followed by the science and medical experts advice”.

Attendees will not be permitted if they have symptoms of Covid-19. Unless a person is blatantly unwell how will they enforce that? They will have to trust the people, and, of course, most will probably act responsibly, but a few definitely will not. There will always be people who will think “Sod it! I paid for my ticket, I’ll go anyway”.

Now looking at the wording, my understanding is that nothing is actually decided.

Also the wording “are being lined up” suggests to that no actual decision has been made yet about which events will be pilots, although WST has said on social media that there WILL be fans at the Crucible but the number of them is still to be decided, and the underlined words in “a number of pilots will include spectators and fans not socially distanced under carefully controlled medical supervision.” suggest that not all pilots will work without social distancing.

I think it’s too early. In a few months most people will be vaccinated. Why take that risk now? Especially at indoor venues. I’m missing going out as much as everyone, but health is important to me, mine and others’ health. I have a friend, in her early 50th who had long covid in march 2020 and is still not fully recovered. One of my daughter’s close friends had the disease, without severe symptoms, but is now suffering from heart damage in the aftermath of it, and that’s for the rest of her life. She’s in her 30th. That won’t heal and there are many activities she can’t do anymore. It’s not just about those who die, it’s also how the quality of life is wrecked for a significant number of survivors.

I wrote this before but will write it again: economy can be rebuilt – it has been after every war, after every disaster – but dead people can’t be revived, and many whose health has been wrecked will suffer for the rest of their lives.

So, please, don’t rush things in the name of the “economy”. Start with the much safer outdoor things. Allow cafés and restaurants to re-open on terraces and gardens, with reasonably spaced tables. Support outdoors performances and giggs with limited “spaced” audience, in parks and streets. Allow/facilitate access to outdoors playgrounds and sports facilities…

Also monitoring alcohol consumption is mentioned above and I believe this is absolutely crucial. I’m not in favour of a total ban of alcoholic drinks – there is nothing wrong with a good glass of wine , or two, whilst enjoying a meal – but drunk people are notoriously unable to act responsibly. They only too frequently endanger themselves and others, and that’s true independently of the covid situation.

One thought on “WST publishes more details about the possible “Crucible” pilot.”