The first round concluded yesterday with wins for Mark Selby and Shaun Murphy. The first had a very easy passage, the latter had to battle hard. Those results mean that only two of the qualifiers managed to get through the first round, Stuart Bingham and Jamie Jones, and Stuart of course is a bit of a “false” qualifier. As it currently stands he is provisionaal ranked 16th in the “end of season list”. Both David Gilbert and Jamie Jones could overtake him, but Gilbert would need the semi-finals and Jones would need the final. The two of them face each other in the last 16 round.

Selby – I’m Close To My Best

Mark Selby believes he is close to the form which gave him three Crucible crowns, and that was evident in a 10-1 rout of Kurt Maflin in the first round of the Betfred World Championship.

Selby’s margin of victory was the biggest at the Crucible so far this year, and his most one-sided first round triumph since he beat Jimmy Robertson by the same scoreline ten years ago. He outplayed Maflin from start to finish as he set up a intriguing second round clash with Mark Allen, which will be their first meeting at the Crucible.

“My game this season has been close to my best and I feel very good mentally as well,” said the world number four. “Beating Kurt 10-1 is up there with my best performances, especially as the first round here is always a difficult hurdle.”

Selby’s match was the last fixture of the opening round and he was the 14th of the top 16 seeds to progress to the second round. The only two to drop out were Stephen Maguire who lost to Jamie Jones, and Ding Junhui who was beaten by Stuart Bingham. 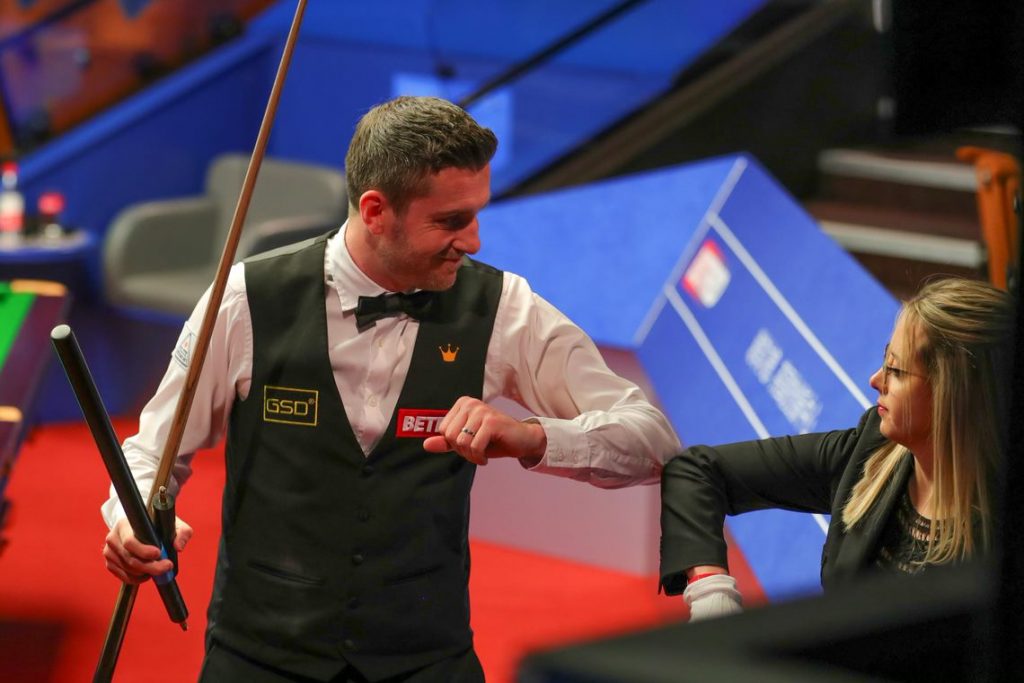 “Kurt had a chance to win the third frame yesterday but missed the pink, that was a big moment early on,” said Selby. “After that I punished him almost every time I had a chance. The first round is always a bit nervy so it’s great to win comfortably.

“I am playing well in practice and, more often than not, bringing that game to the match table. I have been working with my coach Chris Henry and I owe a lot to him. Losing to Ronnie here last year hurt me but then Chris gave me the belief to come back and win my first tournament this season.”

Selby is in a brutally tough section of the draw – if he beats Allen, he will face either John Higgins or Mark Williams in the quarter-finals. “I prefer that because I know if I’m not on my game I’ll be going home,” added the 37-year-old. “Playing against a qualifier when you are a massive favourite brings another type of pressure. Mark Allen is a great player and a great lad.”

Shaun Murphy kept alive his hopes of rescuing a poor season at the Betfred World Championship as he came from 5-3 down to beat Mark Davis 10-7 in the opening round.

Murphy is yet to reach a ranking event final this season – the last time that happened over a whole campaign was in 2011/12. He admits he has struggled with his game for long periods, and has been affected by lockdown more than most as the pandemic has reduced his opportunities to practise at his base in Dublin.

The 38-year-old has one more chance to turn his season around, and has proved in the past that he can produce his best at the Crucible, having lifted the trophy in 2005 and reached the final in 2009 and 2015. The world number seven faces Betfred Masters champion Yan Bingtao in the last 16, over a possible 25 frames on Saturday, Sunday and Monday. The pair met in the first round in 2017, Murphy winning 10-8.

Veteran Davis, age 48, will be disappointed not to have snatched the opportunity to take a major scalp as he had chances in the early stages of the match to build a significant lead. Murphy felt the key part of the contest was the end of the first session on Wednesday when he came from 4-2 down to trail just 5-4 overnight.

The first two frames of the concluding session were shared, then Murphy won three in a row with top breaks of  56 and 93 to lead 8-6. In frame 15, Davis ran out of position on the final green when leading 55-41, but laid a snooker behind the brown which set up the chance for him to close to 8-7.

In the 16th, Murphy led 60-4 with four reds left when he missed a short-range pink to a centre pocket. Davis could have hurt him by clearing the table, but under-cut a tricky penultimate red to a centre pocket. That proved the crucial moment as Murphy sealed the frame for 9-7, then finished the match in style with a break of 131. 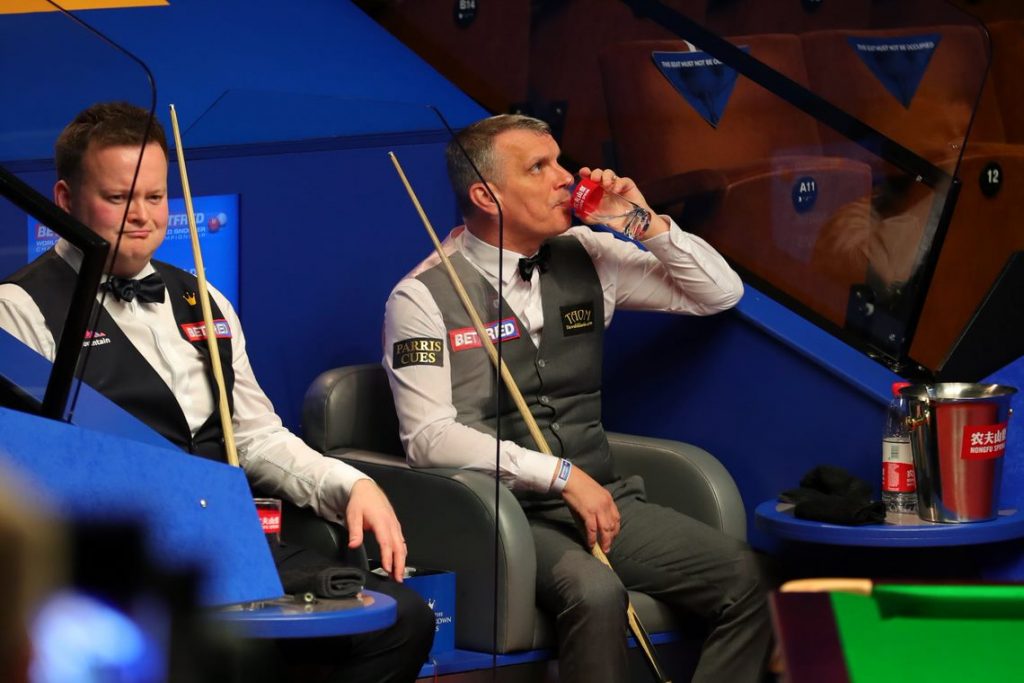 “There was a moment in the first session where I was all at sea and there for the taking,” said Murphy. “I stole the seventh frame from nowhere and that gave me the catalyst to get back into the match. I had a good night’s sleep and felt optimistic about today.”

Murphy failed to qualify for the last two events of the Cazoo Series but does not feel he has benefitted from extra rest ahead of the trip to Sheffield. “I watched those events devastated,” he said. “I was the first reserve at the Players Championship as the 17th seed so I had to spend four or five days at the hotel having to watch other players in a tournament I was in last year. I beat myself up about it, made myself watch every ball and would have been terrible company.”

Looking ahead to his match with Yan, he said: “When he came over as  young man, we all thought he could win big events, and now he has one of the Triple Crowns. He has the Masters trophy at home and it’s fully deserved. He’s a very good, player and he will only go from strength to strength. Hopefully our match will be the best one we’ve had.”

Only two of the top 16 seeds have gone out so far in the first round and Murphy believes the presence of the crowd has been a factor. He added: “The top 16 are there because they are better at performing in front of a live audience. When you walk out here, we get excited and we’re stood backstage, it’s like watching people jump out of a plane. You’re thinking ‘it’s my turn next’ and you have to walk out. That sorts the men from the boys. I’m not surprised that the players who are more used to it have flourished so far.”

I didn’t watch any of it, so can’t comment on the matches.

I’m not so sure about Shaun’s explanation about the seeds’ first round dominance. Actually, I’m not sure there is an explanation other than the fact that top 16 players are in the top 16 for a reason: they are the 16 best at that point in time. Except for last year there always was a crowd at the Crucible and having 3 or 4 qualifiers through to the second round is what happens usually. It’s not much, but still more than this year. In 2012 though, with a full capacity crowd, no less than 8 qualifiers managed to get to the last 16. So?