This is what happened yesterday at the 2021 Champion of Champions 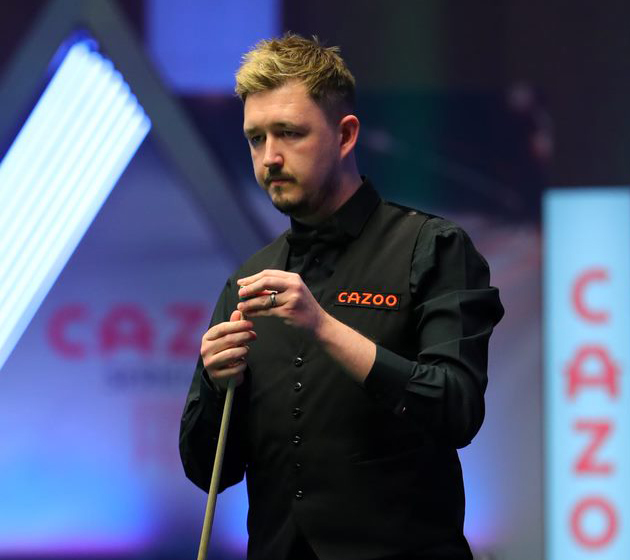 Kyren Wilson won a high quality clash with two-time Cazoo Champion of Champions winner Neil Robertson 6-4, to book his place in the semi-finals against Judd Trump.

Robertson started the day against Mark Williams, who was competing in his first tournament since the Northern Ireland Open, having missed out on the English Open due to testing positive for COVID-19. Robertson became only the fourth player to make 800 centuries on his way to a 4-2 win. Wilson meanwhile fended off a late fightback from debutant Jordan Brown, to pull through 4-2.

Robertson started the better of the two in the group final, taking the opener with a break of 74. However, Wilson kicked into gear by winning the next three frames to lead 3-1 at the interval. The Warrior fired in breaks of 114 and 112 in the process.

After the interval, the momentum did turn in Robertson’s favour, as he made a break of 107 to pull within a frame at 3-2. There was a nine minute safety battle on the blue in the sixth, which eventually went the way of Robertson. That allowed him to restore parity at 3-3, before he added frame seven to take the lead at 4-3.

It was a classy contest between two heavy scorers and Wilson wasn’t going away, composing a steely clearance of 98 in the eighth to pull level once again. Wilson then continued his ascent towards the semi-finals by taking the ninth frame to move a frame victory. The world number five wasted little time in getting over the line, showing his class with a run of 113 to secure the victory.

“I played Neil last week at the English Open and it was another cracker there, but I was on the wrong side of that one. It was nice to put in a similar performance tonight and come out the winner,” said 29-year-old Wilson.

“I was a little bit unlucky at 3-3, I went into the pack off the blue and knocked in a red. Sometimes you can see potential plants and I couldn’t see anything, it was just sort of freak shot that the red went in. I knew I was starting to hit the ball pretty well and it was all about staying focused and waiting for my next chance.”

Wilson will now face off with world number two Trump on Friday night: “It doesn’t get much tougher. That’s what you expect in a showpiece semi-final. It’s going to get tougher and tougher. Everyone is a champion in this event. It’s very pleasing to be a part of it and I’m looking forward to that match.”

The Warrior reached the final in 2018 before missing out to Ronnie O’Sullivan and is looking to go one better this year: “You learn from those moments, and I certainly feel like I have. It’d be nice to get back in that position again and put it right.”

The Group Final was indeed an excellent match, as was also the first match of the day betweem Neil Robertson and Mark Williams. Mark Williams who has just recovered from a bad bout of covid-19 played better than I expected, which I was pleased to see.

The two remaining groups should be quality as well. It’s a shame that probably the three weakest players in the competition were all in the same group. Indeed, David Lilley, the Seniors’ World Champion who is currently an amateur, Stephen Maguire who hasn’t gone past the last 16 in any event since last season’s Welsh Open, and Ryan Day who qualified by winning the Shoot-out, did well in the “round-robin” events at the start of the season but had only won two matches after that coming into this tournament, were all in Group 1. Someone who is unlikely to complain though is Judd Trump …