John Higgins has qualified for next season Champion of Champions by winning the 2021/22 Championship League Invitational. He beat Stuart Bingham by 3-2 in the final.

Higgins In A League Of His Own

John Higgins won the 2022 BetVictor Championship League Snooker Invitational title, beating Stuart Bingham 3-2 in the final at the Morningside Arena, Leicester securing over £20,000 in prize money and a place in the 2022 Cazoo Champion of Champions.

Higgins won Group 7 on Wednesday and followed on from that form to win this title for the third time. It’s the Scot’s first silverware of the season, having finished runner-up in four other events. 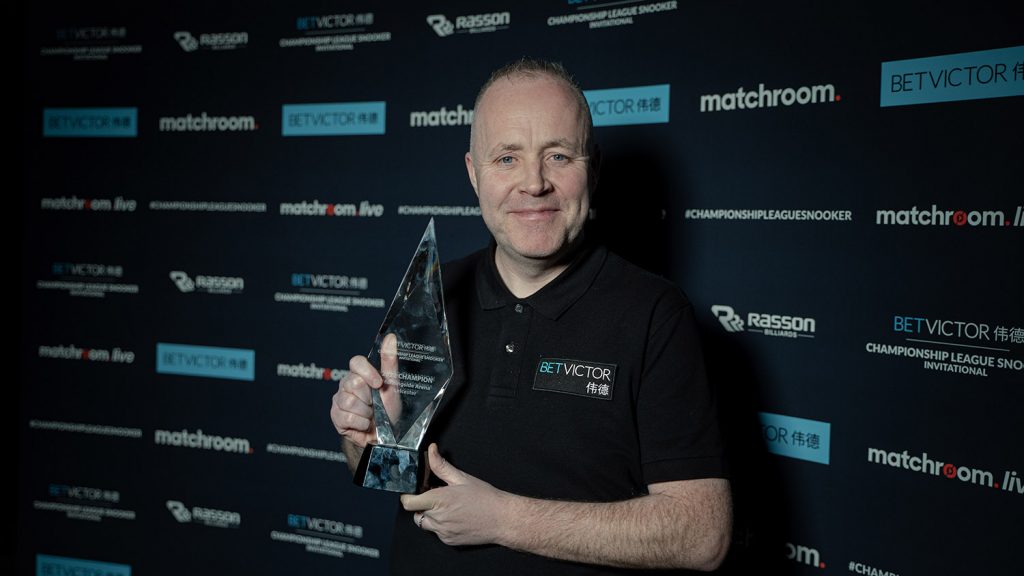 Bingham beat Liang Wenbo in the semi-finals in a match which started in unusual fashion after Liang was docked a frame for arriving late to the venue. The 1-0 lead for Bingham was soon 2-0 after a break of 76. Liang hit back with breaks of 91 and 50 to force a decider, only for Bingham to prevail 3-2 with a break of 65.

Higgins was 2-0 down to Yan Bingtao in his semi-final but recovered with breaks of 56 and 76 for 2-2 then got the better of the decider.

In the final, breaks of 50 and 82 gave Higgins  2-0 advantage, then Bingham took frame three and made a 110 for 2-2. England’s Bingham looked favourite for the title until he broke down on 44 in the last frame, and Higgins made a trademark clearance of 88.

“The Cazoo Champion of Champions was one of the best tournaments I played all season. It is great I am going back there. It’s a tough tournament to get into and you must win a tournament. Although this isn’t the biggest of tournaments to win all season, they all count.

“I’ve had some good match practice over the last couple of days. I am looking forward to Wolverhampton as well. Within my own self, I do not believe I could have played any better.”

Zhao Xintong and Yan Bingtao struggled a bit on the first day, particularly Zhao. I suspect a combined effect of a bit of Berlin hangover and Chinese New Year celebrations… 😊