The qualifiers round for the 2022 Welsh Open concluded yesterday. It brough some important wins. Here is the report by WST: 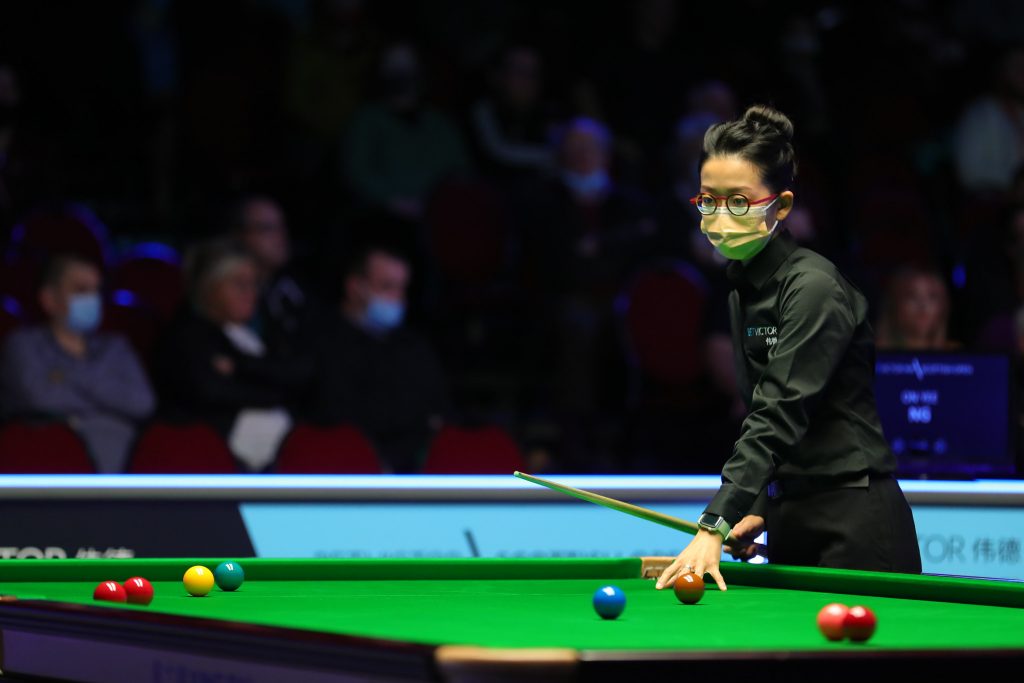 Ng On Yee scored her maiden victory on the World Snooker Tour, beating Wu Yize 4-2 in the qualifying round of the BetVictor Welsh Open.

Hong Kong’s On Yee, a three-time World Women’s Champion, scored breaks of 84 and 82 in an excellent performance as she earned a place in the final stages of the world ranking event. She will face Ali Carter in the last 64 in Newport.

On Yee, age 31, is playing on the World Snooker Tour for the first time this season as one of two women on the circuit, alongside Reanne Evans.

Twice this season On Yee has suffered narrow defeats, losing 5-4 to Craig Steadman in the BildBet German Masters and 4-3 to Shaun Murphy in the BetVictor Scottish Open. She now has a win under her belt having got the better of China’s world number 83 Wu.

After losing the opening frame, On Yee hit back with a run of 84 to take the second, then got the better of a scrappy third. In the fourth she trailed 43-16 but recovered to take it with runs of 37 and 33 to lead 3-1. Wu pulled one back but On Yee sealed victory in frame six with a break of 82.

Since the 1990s, Evans is the only other female player to score wins over male opponents in pro events. She beat Thepchaiya Un-Nooh in the 2013 Wuxi Classic and Robin Hull in the first qualifying round of the 2017 World Championship.

Marco Fu, who practises with On Yee when she is in Hong Kong, tweeted: “What a win sis, will be your first win of many.”

Thailand’s Un-Nooh scored an important 4-2 win over Robert Milkins to secure his place in the final stages. Former Shoot Out champion Un-Nooh in danger of losing his place on the circuit as things stand in the provisional end of season rankings. However, he showed his class today, crafting contributions of 91, 73 and 112 on his way to the win.

Scott Donaldson edged out Leicester cueman Tom Ford 4-3 to qualify for the final stages. Donaldson had led 3-0, before a three-frame blitz saw Ford set up a deciding frame. The Perth potter compiled a crucial break of 59 to get over the line.

Liang Wenbo put on a supreme display of break building to ease into the main event with a 4-0 win over Zhang Jiankang. The Firecracker crafted breaks of 105, 134, 73 and 85 during the tie, which lasted just 55 minutes.

On Yee played a really good match yesterday. Some time ago, Lewis was reflecting that, statistically, if the draw is “random”, a low ranked player should only meet a top 16 player in the first round twice in a season. Howevrer, On Yee, who, because of the pandemics circumstances, has played in only 6 events so far, got Stuart Bingham, Yan Bingtao and Shaun Murphy in the first three events she was able to enter, with only the UK Championship going by strict seeding… On Yee is a level-headed,  hard working person,  and she’s a fighter at the table. Personally, I think that she has a better chance to do well on the professional tour than Reanne Evans, if only because she is younger. She practices with Marco Fu when in Hong Kong and works with Wayne Griffiths. She has the right people around her.