Skip to content
HomeFan Zhengyi is the 2022 European Masters Champion

Fan Zhengyi beat Ronnie by 10-9 in the Final of the 2022 European Masters to win his first ranking event final.

Only two breaks over 50 in a best of 19 gives a measure on how much Ronnie struggled. He did have opportunities, he just made too many mistakes.

Fan Zhengyi registered a massive upset in the final of the BetVictor European Masters as he beat Ronnie O’Sullivan 10-9 to win his first pro title. 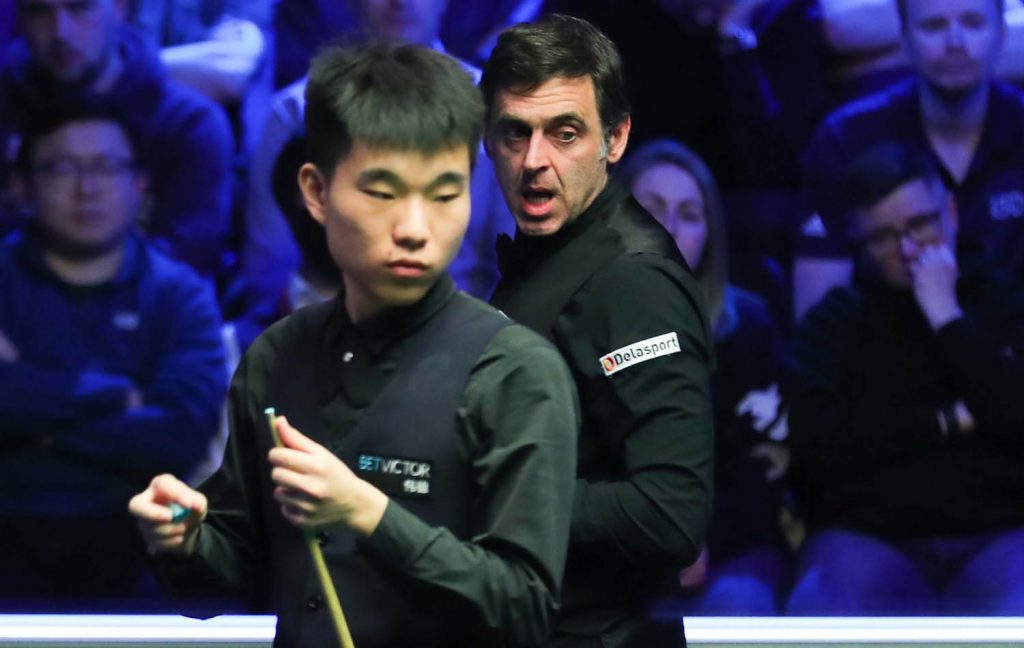 China’s Fan had never previously been beyond the quarter-finals of a ranking event and was even in danger of tour relegation before this week. But incredibly he beat the likes of Kyren Wilson, Yan Bingtao, David Gilbert and Graeme Dott to reach the final in Milton Keynes before edging out O’Sullivan thanks to a superb break of 92 in the deciding frame.

The 21-year-old collected the trophy and a first prize of £80,000, by far his biggest career pay day which boosts him 49 places up the world ranking list to 31st.

His victory bears similarities to Jordan Brown’s triumph over O’Sullivan at last season’s BetVictor Welsh Open as both started the event a 750-1 outsider and both made an excellent break to beat the sport’s greatest ever player in a deciding frame. Brown was 81st in the rankings while Fan was 80th, and neither had even played in a ranking event semi-final before. Both results must be considered among snooker’s all-time biggest final shocks.

Fan becomes the fourth player this season to win his a maiden ranking title, joining David Gilbert, Zhao Xintong and Hossein Vafaei. Originally from Harbin in northern China, he now lives in Sheffield and practises with the likes of Zhao and Yan Bingtao. Their recent success has undoubtedly inspired Fan and he has proved himself the latest player on a conveyor belt of Chinese talent with vast potential.

O’Sullivan, playing in his 60th ranking final having won his first in 1993, missed out on a 39th ranking title which would have extended his record over Stephen Hendry, who has 36. He earns £35,000, when the top prize would have given him a significant lead at the top of the BetVictor Series Rankings.  The world number two struggled with his game throughout the day and was never ahead after the opening frame. The 46-year-old from Chigwell made just one century and one other break over 50 in the 19 frames.

Fan had a chance to clear from 46-0 down in the 13th but missed the black, trying to get position on the yellow. O’Sullivan took yellow and green but then missed the brown with the rest to a baulk corner. Fan slotted in excellent pots on brown, blue and pink to regain the lead. And he dominated the next to extend his advantage to 8-6.

O’Sullivan found some fluency with a break of 107, his tenth century of the tournament. In the next he missed the final green when two pots short of clinching the frame, but later slotted the green into a centre pocket which squared the tie at 8-8.

Early in frame 17, O’Sullivan split the reds wide open, but then over-cut a tricky pink to a centre pocket and Fan took advantage with a break of 82. In the 18th, Fan had one clear scoring chance but made just 19 before running out of position. O’Sullivan knocked in a long red to set up a run of 44 which proved enough for 9-9.

A safety exchange early in the decider ended when O’Sullivan attempted a difficult long red to a top corner and rattled it in the jaws. Fan was left with the balls nicely spread, and was barely out of position as he built his match-winning break. 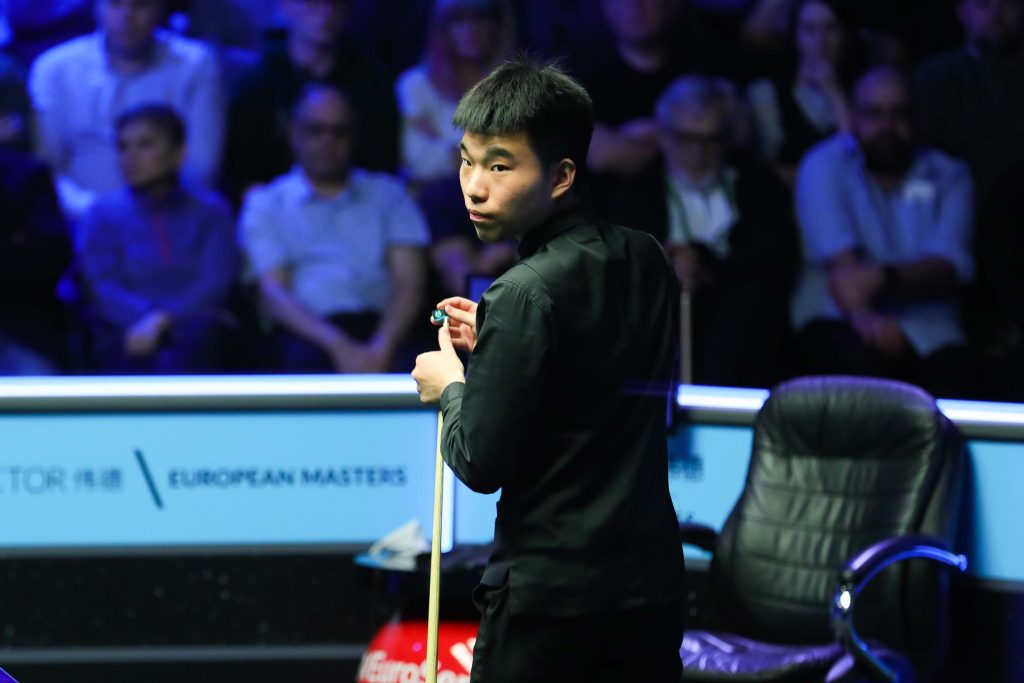 Fan said: “Just playing Ronnie in the final was a dream come true. He is every Chinese player’s idol, even Zhao and Yan because he is so generous to us. I was so happy just to learn something from him.

“Beating Kyren Wilson earlier in the week was vital because that gave me the confidence that I can beat the better players. Then I knocked out Yan Bingtao and after that I just took every match frame by frame. I was happy just to get one frame today!

“I have to thank Zhao and Yan because every day we play together and learn from each other. That’s the best thing about being together. We are like brothers.”

Six-time World Champion O’Sullivan said: “It was fantastic to play against a great new talent. They are taking the game to the next level. It’s frightening – I can’t pot like these guys. They are pushing each other on and working hard. It’s great for China and great for snooker. (Manager) Victoria (Shi) is brilliant, she is like a mother for them. In a few years snooker could be like table tennis, with the Chinese players dominating and batting us off the park.”

Ronnie did indeed struggle all day but battled with all he had. Fan played well and kept a cool head, which is not easy to do when you are only 21, competing in your first final against a legend of your sport.

Unsurprisingly social media were full of “shocks” posts yesterday evening. Maybe it’s because I’m a native French speaker and, maybe, the words choc and shock don’t have the exact same meaning, but there was no “choc” to me. A “choc” is supposed to be surprising, unexpected and sudden.  It looked certainly unlikely for Fan to win the event BEFORE the start of the tournament, but as the tournament progressed he knocked out a string of top players. Therefore, when he reached the final, it was clear that he had both the ability and the temperament to be a winner. Of course he didn’t have the experience and Ronnie had played well to get to the final, except in his match against Zhang Anda. Ronnie had to be the favourite. It was not dissimilar to the Welsh Open scenario last season. Jordan Brown however had shown clear signs of improvement before the event, and he was not a shy 21 years old either. But the way he had beaten Mark Selby, at his own game, was a strong clue about his form that week. This week, the clues were multple as Fan  had beaten a host of top players – Kyren Wilson, Yan Bingtao, David Gilbert and Graeme Dott – on his way to the final. And, yes, I include Dotty. Even when not at his best he can be very hard to beat, he’s tenacious, experienced and shrewd.

32 thoughts on “Fan Zhengyi is the 2022 European Masters Champion”