And so, today the last round of qualifiers will start and the matches return to the best-of-19 we used to have and love for this competition.

This is WST report on what happened on day 8 at the EIS: 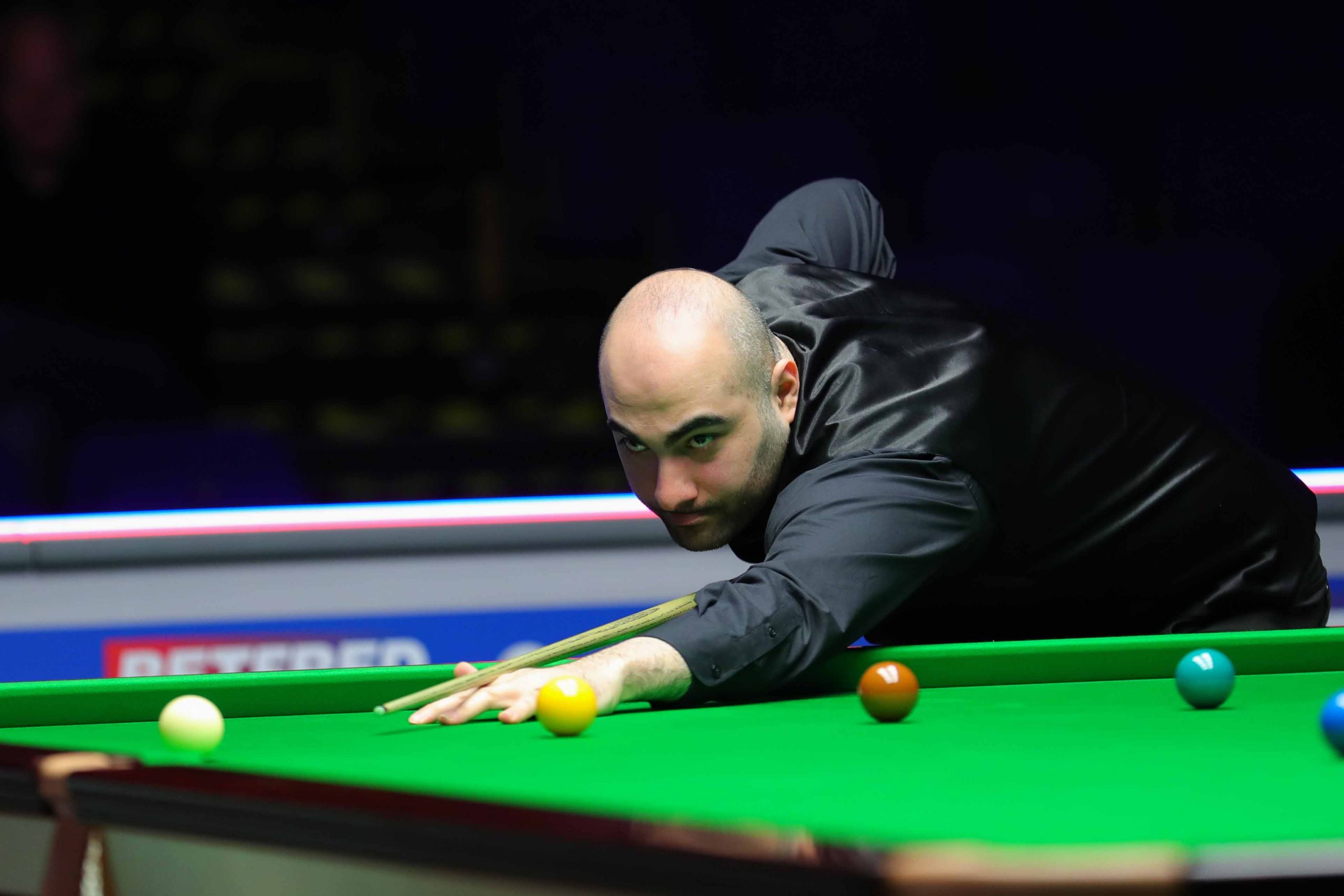 Iran’s Hossein Vafaei proclaimed he was ‘born to make history’ after beating Simon Lichtenberg 6-0 at Betfred World Championship qualifying and moving within one match of becoming his country’s first Crucible competitor.

Earlier this season Vafaei became the first Iranian to lift ranking silverware with victory at the Shoot Out, where he defeated three-time Crucible king Mark Williams in the final.

The 27-year-old has reached Judgement Day on two previous occasions, but succumbed to defeats at the hands of Tom Ford in 2017 and Stephen Maguire in 2018.

This time he faces China’s Lei Peifan, who beat Alexander Ursenbacher 6-3 to also leave himself one win from a maiden Crucible appearance.

Vafaei swept aside Germany’s Lichtenberg with minimal fuss this morning. He composed breaks of 52, 63, 54 and 75 on his way to the whitewash win. Afterwards Vafaei admitted that despite his various issues with visas over the years, he remains steadfast in his bid to reach the top of the sport.

“I am trying my best. You don’t want to just be there. I’ve said before that whoever says they have been in my situation hasn’t,” said world number 18 Vafaei.

“One TV channel asked Ronnie O’Sullivan about me and he said that if he was in my situation he would rather another job. But no, I will never give up. I am working hard for my people to make them proud, make my country proud and I was born to make history.

“I can’t wait to get to that stage and qualify. I will try my best, as much as I can. I will work hard and I will fight until my last blood.”

Graeme Dott made the second 147 break of his career, 23 years after his first at the 1999 British Open, on his way to a 6-1 demolition of China’s Pang Junxu.

Scotland’s 2006 Crucible king has appeared at the Theatre of Dreams 20 times since his debut in 1997. However, he suffered Judgement Day defeats in 2020 and 2021. Dott will be aiming to rectify that against Jamie Clarke in the final round this year.

Clarke stormed through to the final round of qualifying with a 6-0 demolition of former semi-finalist Gary Wilson. The Welshman crafted runs of 119, 52, 58 and 68 during his win.

Ali Carter is through to Judgement Day after a hard fought 6-4 win over Gao Yang. The two-time Crucible finalist composed breaks of 82, 137, 53 and 54 during the win and now plays Matthew Stevens in the final round. Stevens earned his place with a 6-1 win over Sam Craigie.

Liam Highfield made a break of 98 in the deciding frame to beat James Cahill 6-5 and faces Yuan Sijun in the final round. Yuan scored a 6-1 win over three-time ranking event winner Ryan Day.

Page dropped off the tour after a first round exit at last season’s World Championship qualifying. However, he immediately regained his professional status at Q School and has a solid season in the aftermath. He now finds himself one win away from a Crucible debut.

Page plays David Grace in the final round, after the Yorkshireman defeated Xiao Guodong 6-4.

Yuan Sijun looked vulnerable at the start of the match but once he got going he was excellent. Ryan has never been the strongest player under pressure and it showed again yesterday. He looked extremely nervous and frustrated.

I didn’t watch the Page v Perry match, but to beat Perry, who recently won a ranking event, is no mean feat. There were big expectations on Page when he first came on the tour, and he hasn’t really fulfilled his potential just yet, but he seems to be coming to age. He said that he is motivated by Mark Williams’ achievements.

Gao Yang started badly and left himself too much to do once he found some form. He fought very hard. It’s a shame that he will be relegated.

As it stands, none of the players still in the competion can reach the top 64 by winning their last qualifying match. Of course, if they reach the Crucible they could add significantly more points to their tally. This means that Carrington and Tian, for instance, are not completely assured to stay on tour despite being currently inside the top 64.

Here is a short piece WST did after Dotty’s maximum 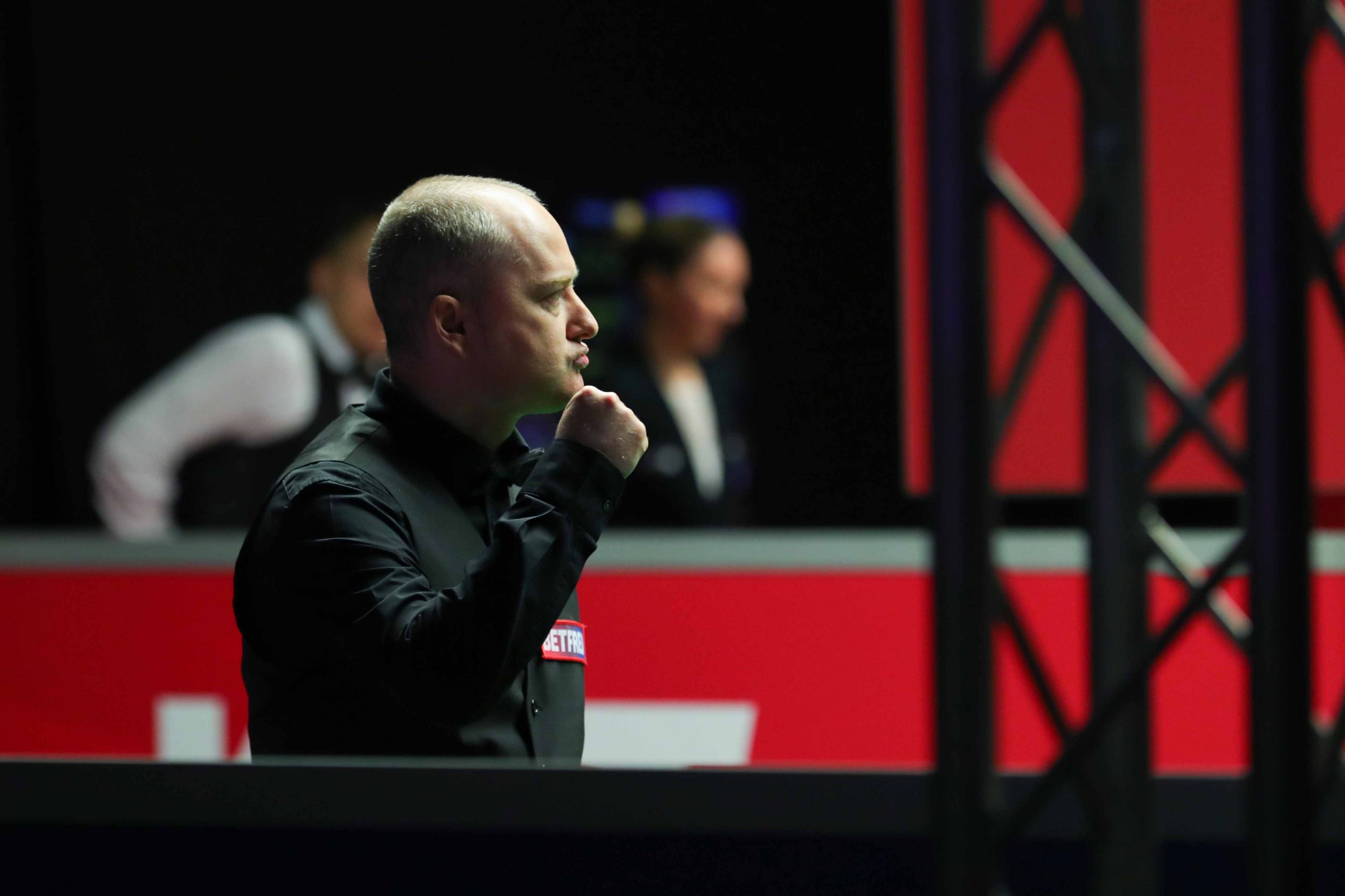 Graeme Dott composed the second 147 break of his career during his Betfred World Championship qualifying clash with Pang Junxu in Sheffield.

The break puts him in line for a £10,000 maximum break bonus for the qualifying event. If it stands as the high break for the entire tournament, he will also receive an additional £15,000.

It is the 175th maximum break in snooker history and the fifth to be made at the World Championship Qualifiers.

Dott said: “It was fantastic. I don’t really make that many. Even in practice, I went through a spell when I first turned professional that I was making a lot when practising. I can’t remember the last time I had one though. It felt really good.

“It was actually nice just to get close. I know that sounds a bit silly, but I was just happy to get relatively close. Even if I got to one red and missed, at least I would have had a chance, because as I say I don’t get that many chances. When I potted the last red I was just trying not to bottle it, as everything was perfect.”

WST announced yesterday that Olivier Marteel will be in charge of the 2022 Worl Final: 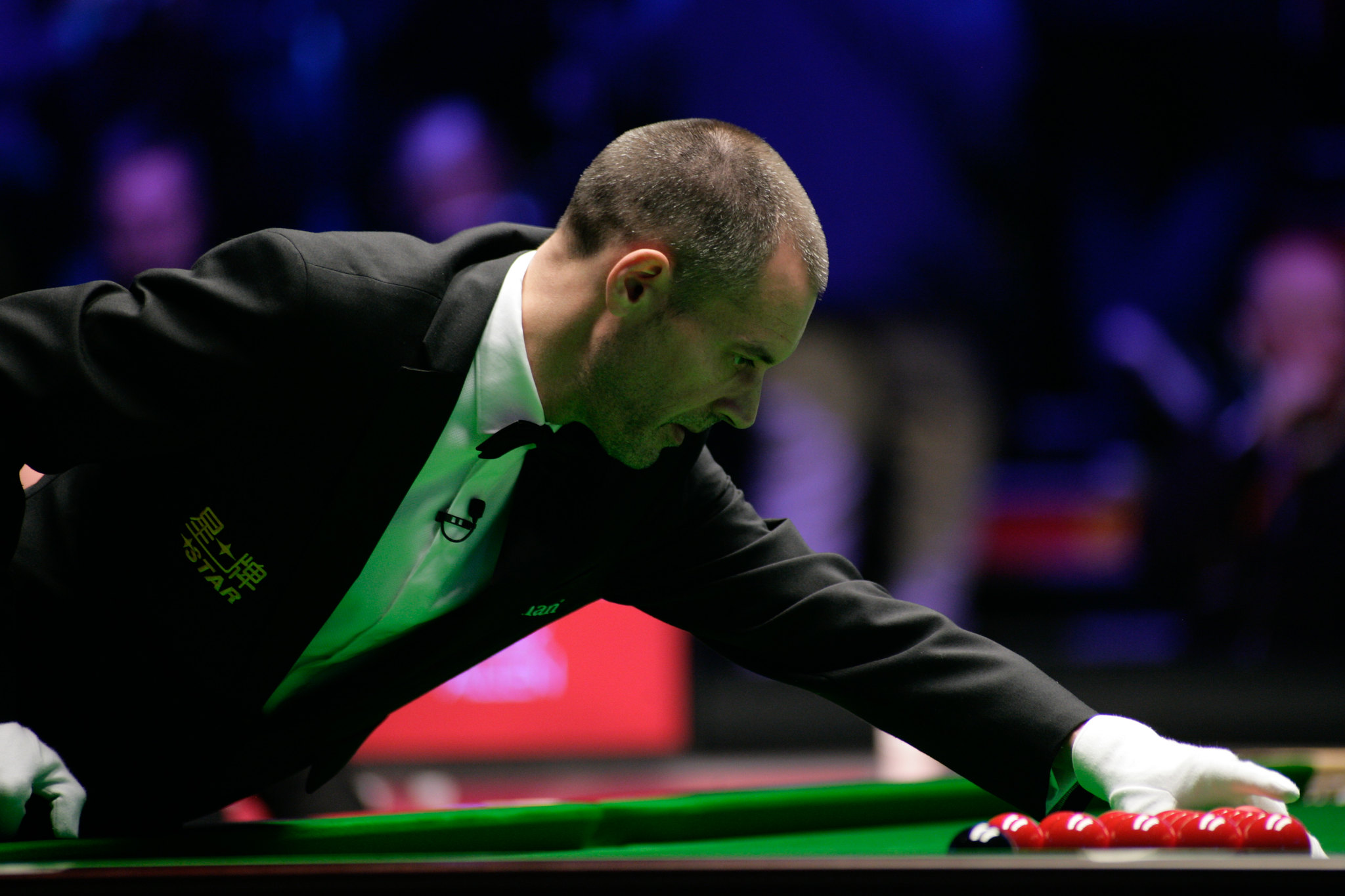 Olivier Marteel has been selected as the referee for this year’s Betfred World Championship final.

It will be the second time that the Belgian has taken charge of a Crucible final. He first oversaw snooker’s biggest match in 2015, when Stuart Bingham defeated Shaun Murphy 18-15 in a thrilling contest.

Marteel, 52, is one of the most experienced referees on the circuit, but away from the tour he has spent much of the last two years on the front line of the fight against coronavirus.

When the pandemic struck, Marteel put himself forward to move from his role in radiology and work as a triage nurse in a temporary A&E unit for Covid-19 in Veurne. It involved long hours of stifling heat, due to the cumbersome PPE which was required. However, Marteel immediately stepped up to the plate, with no questions asked.

Marteel said: “When I was asked to take on this role, I didn’t even have one second of doubt. Ever since I was a young child I wanted to work in medicine. I trained for three years and I have been working for 28 years. So when this came up, I jumped at it, even if there are some risks.”

“I’ve not done a lot of snooker in the last two years, but one thing I have done is a UK Championship final in Milton Keynes. Whenever I have been able to come over, I have felt privileged. It has been a good way to recharge my batteries. It helped me through some difficult times and allowed me to have some time for escapism.

“Two years ago, we were on the dark side. We didn’t know what to expect. Now that Covid has hopefully settled down a bit, things will be better. It will always stay in the world. However, I hope that now my role in snooker doesn’t have to be on the side, as it has been for two years. I hope we are back in business now and I will have more time for snooker.”

Marteel is fully aware of the pressures and responsibilities attached to officiating in snooker’s showpiece occasion, but takes great pride at being entrusted to take charge. Having already sampled the famous atmosphere generated in a World Championship final, he is brimming with excitement to be in the middle again this year.

“I really didn’t expect to have the world final. A lot of guys have worked very hard over the last two years and I haven’t been able to do what I wanted to do because of Covid. It came as a bit of a surprise, but it is a surprise I would like to have every year. I am thankful to the powers at be who decided it would be my final this year. Of course I’m looking forward to it. The Crucible will be full and the final will be an amazing atmosphere. I can’t wait for the reception.

“You have the best seat in the house as a referee. Whether it is qualifiers, ranking events or the world final. There is that pressure, because the whole world is looking at you. Yes, the 900 people in the Crucible are watching, but hundreds of millions are watching on the TV. However, they wouldn’t put you there if you couldn’t cope. It gives you a buzz. It makes you want to do your job even better, because it is a world final. I can’t wait.

“I remember the 2015 final very clearly, it could have gone the other way. It was an unbelievable match and one I will never forget. Hopefully the final this year will get to the same standard that I had seven years ago. It is a magical moment down at the table for such a special and important occasion. As a venue, the Crucible is unique. There is nowhere else that compares with it. Even talking about it now gives me goosebumps. Each time you arrive in Sheffield, it means so much and you get excited. To go back there every year is fantastic, hopefully I will be able to do it for a long time yet.”