Yesterday marked the start of the “one table setup” rounds and two semi-finals sessions were played.

The afternoon session was calamitous for Mark Williams who fell 7-1 behind to Judd Trump. 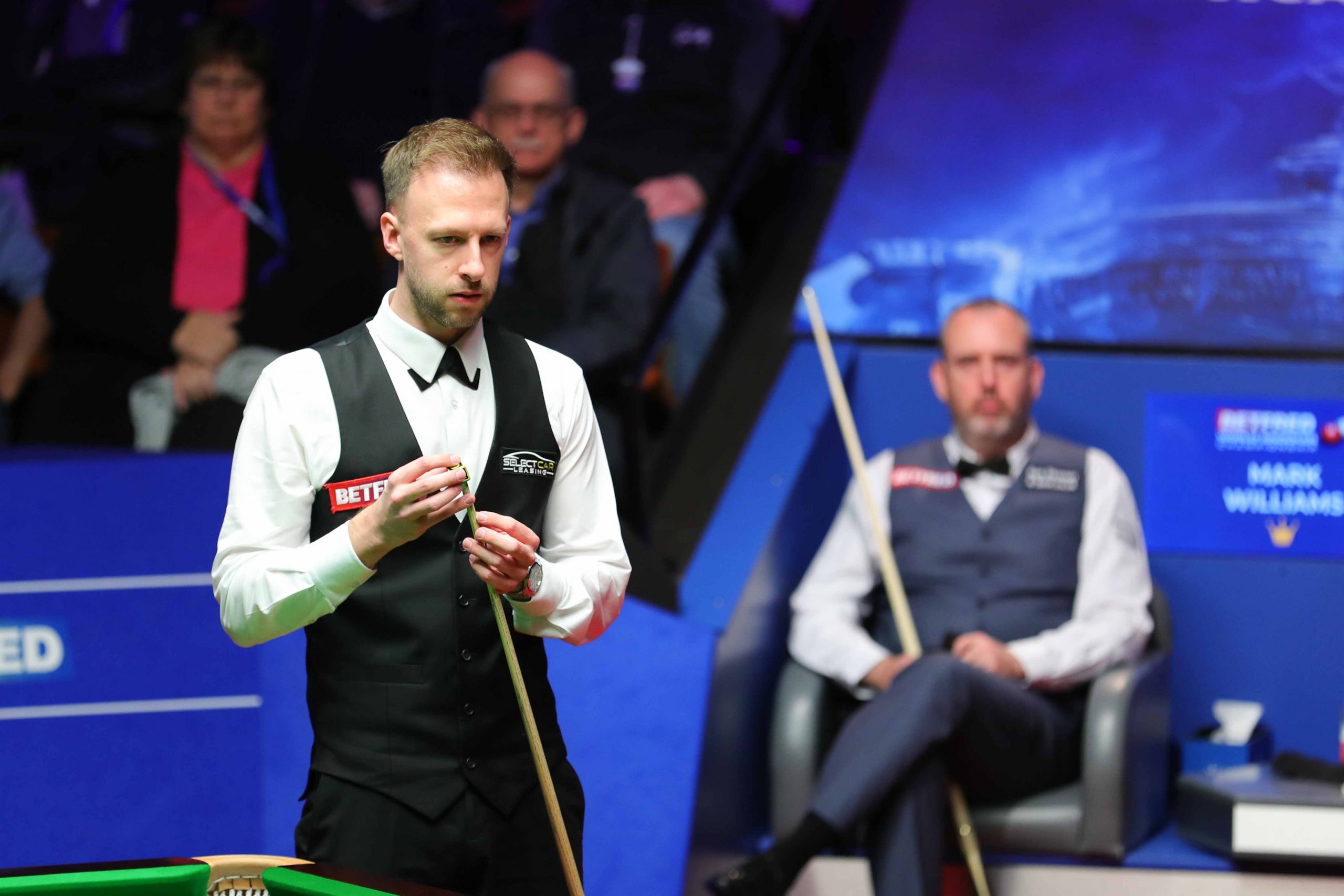 Judd Trump made a superb start to his Betfred World Championship semi-final with Mark Williams, emerging from the opening session with an imposing 7-1 advantage.

The Ace in the Pack is playing in his fifth Crucible semi-final and appears to have been inspired by competing on the sport’s biggest stage, following a season of ups and downs. For much of the campaign Trump had gone without ranking silverware, but he rectified that last month by winning the inaugural Turkish Masters.

Trump is aiming for a second World Championship title, having claimed his maiden Crucible crown back in 2019. The 23-time ranking event winner faced John Higgins in the title match on that occasion and stormed to a comprehensive 18-9 victory.

Welshman Williams is competing in his seventh Crucible semi-final. The three-time World Champion won his first two titles at the Theatre of Dreams in 2000 and 2003 and then faced a 15-year wait for a third victory. He eventually recaptured Crucible glory in 2018, beating Higgins 18-16 in an epic final.

Trump clinched his place in this year’s last four with a fightback victory against Stuart Bingham in the quarters, where he took eight frames on the bounce to win 13-8 from 8-5 down. Williams came through a thrilling clash with China’s Yan Bingtao, composing breaks of 66 and 78 in the last two frames to win 13-11.

The first frame this afternoon was an edgy one as both players found their feet, but after 31-minutes of play, it was Trump who eventually took it. The 32-year-old then added the second and third frames to lead 3-0. Williams claimed an important last frame before the interval to stay in touch at 3-1.

The pair played out a fragmented frame when play resumed. Trump took it, despite failing to register a break above 22, to extend his lead to 4-1. The Bristolian then crafted breaks of 54, 62 and 53 to make it four on the bounce and ensure he ended the session six in front at 7-1.

In terms of frame score it was indeed a superb start for Judd who played ok but still not at his best. He was however massively helped by a completely out-of-sorts opponent. Mark Williams came on twitter later and apologised for his performance, whilst, at the same time, suggesting that the conditions were awful.

In the evening, Ronnie was off to a bad start as well, losing all first three frames, and making countless mistakes. Contrary to Willo earlier, he was able to find some form as the session went on and finished all square with John Higgins, having added two centuries to his tally.

World number one Ronnie O’Sullivan and John Higgins ended the opening session of their Betfred World Championship semi-final tied at 4-4.

The blockbuster showdown sees two thirds of the Class of 92 face off on the sport’s biggest stage for the sixth time. The last time they met in the World Championship was back in 2011, when 31-time ranking event winner Higgins defeated O’Sullivan 13-10 en route to winning the most recent of his four world titles

Scotland’s Higgins has won five out of the six most recent meetings with 38-time ranking event winner O’Sullivan. However, it is O’Sullivan who leads the overall head-to-head standings 36-33.

O’Sullivan is aiming to make history this week, by landing a record equalling seventh world title to draw level with Stephen Hendry.

The pair emerged this evening to a standing ovation and a rapturous reception from the capacity Crucible crowd. Both players seemed nervous in the opening exchanges and spurned early chances, but it was Higgins who eventually took to the front. The 31-time ranking event winner then crafted runs of 50 and 58 on his way to establishing a 3-0 lead.

O’Sullivan made an important break of 70 to head into the mid-session just two behind at 3-1 and when play resumed he continued to force his way back into the tie. A break of 54 in the fifth frame and a stunning century contribution of 116 in the sixth restored parity at 3-3.

The Rocket had taken control of the seventh frame, but fell out of position when developing the final red and broke down on 55. Higgins eventually won the ensuing safety battle on the final red and cleared to regain the lead at 4-3. O’Sullivan turned on the style in the last frame of the evening, composing a century break of 107 to ensure they ended all-square.

These are the scores for the first session: