Here is WST report about the final day: 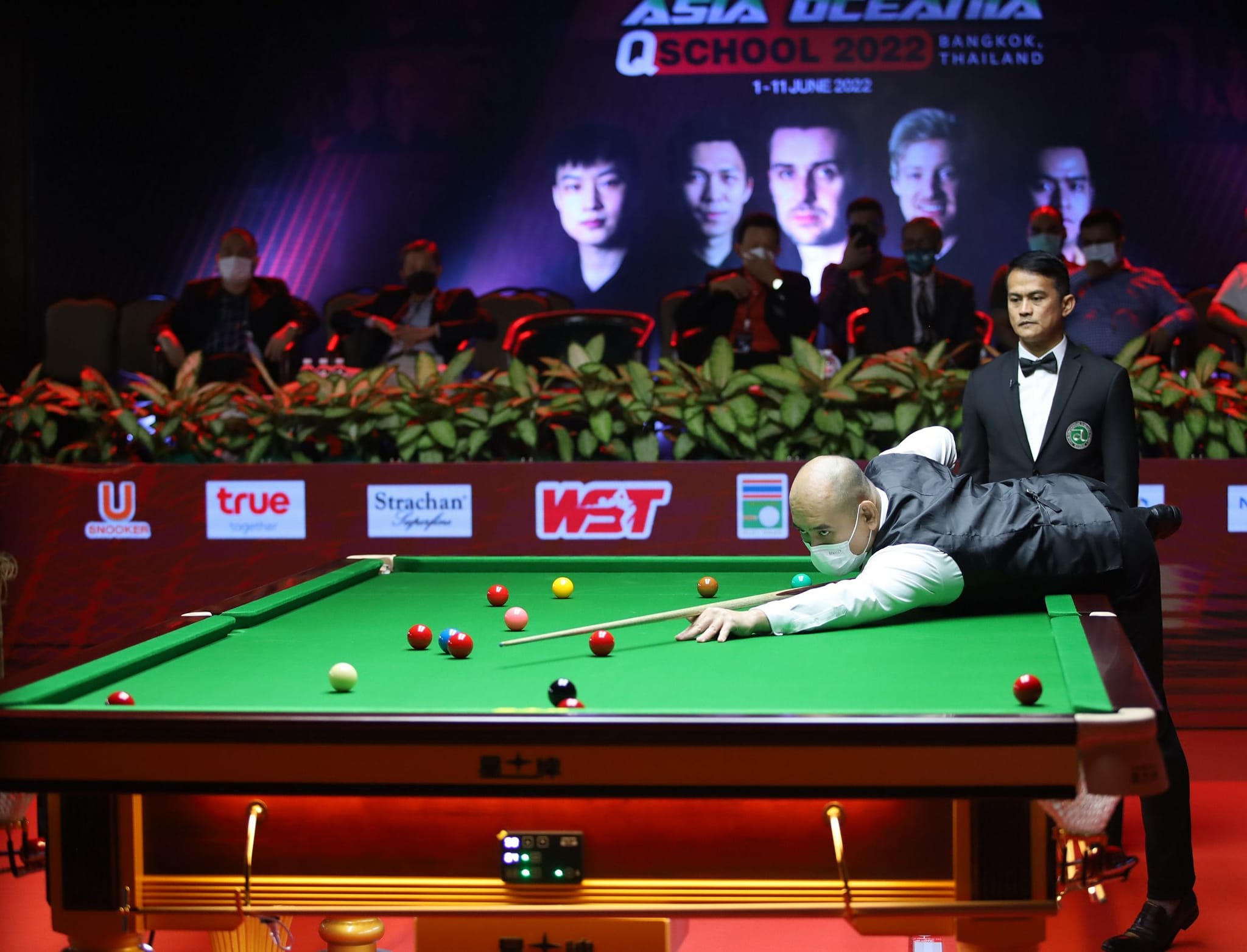 Thailand’s Dechawat Poomjaeng has regained his professional status with a 4-1 win over compatriot Narongdat Takantong in the final round of Asia-Oceania Q School in Bangkok.

Poomjaeng lost his place on the World Snooker Tour at the conclusion of the 16/17 season and has not regained his professional status since then. He has now earned a fresh two-year card.

The 43-year-old is a fan favourite and is fondly remembered for his run to the last 16 of the 2013 World Championship, where he scored a thrilling 10-9 win over Stephen Maguire.

He had to recover from the setback of losing out in the final round of event one, where he was defeated by fellow Thai Thanawat Tirapongpaiboon. After losing the opening frame today, Poomjaeng held his composure to rack up four on the bounce and emerge victorious.

India’s 30-year-old Himanshu Jain came through an epic clash with former professional Kritsanut Lertsattaythorn 4-3 to earn the other place. The pair battled for over four hours, with Jain eventually winning the deciding frame on the final pink.

Jain earns a place on the tour for the first time and will become the first professional from India since Aditya Mehta left the circuit in 2018.

Many will be happy to see “Poomy” back … but Stephen Maguire is probably not one of them. I’m happy for Poomy but, well, he’s another rather “old” qualifier.

Himanshu was very emotional at the end of the match. It obviously meant a lot to him. I do hope that he will adapt to the life in the UK. Indian players, notably Pankaj Advani, have often felt very homesick living as expats in the UK. They were missing their family, the food, the sun, the different social life.

The 2022 EBSA under-21 Championship has now reached the semi-finals stage, where Florian Nüssle from Austria will face Aidan Murphy from England and Ben Mertens from Belgium will face Liam Pullen from England. Ben beat Iulian Boïko in the quarter-finals, putting an end to the young Ukrainian hopes of an immediate return to the Main Tour.

That said the 2022 EBSA men Championship is now underway. It’s called “men” championship, but, unless things changed as compared to last year, it’s actually open to both genders. There isn’t a single female in the draw though. Most of the youngsters who played in the under-21 event entered this one as well. Former professionals Robin Hull and Eden Sharav are in the draw. I’m not sure if this event carries a tour card for the winner. It used to be the case.

There are also separate Women and Seniors events, as well as Team events. I noticed that there are only three female players under 30 years of age in the women’s draw and that’s actually a big concern. The youngest one is 23. Young girls are not getting into snooker it seems, quite the opposite.

You can follow the EBSA championships on this site.