The season starts for good tomorrow with the invitational Mixed Doubles, and the ranking British Open will get underway on Monday. WPBSA/WST have decided to name the trophy after Clive Everton who recently announced his retirement. Here is the announcement:

The trophy for next week’s Cazoo British Open has been named after Clive Everton, in honour of the legendary journalist and commentator who stepped down as editor of long-running magazine Snooker Scene this month. 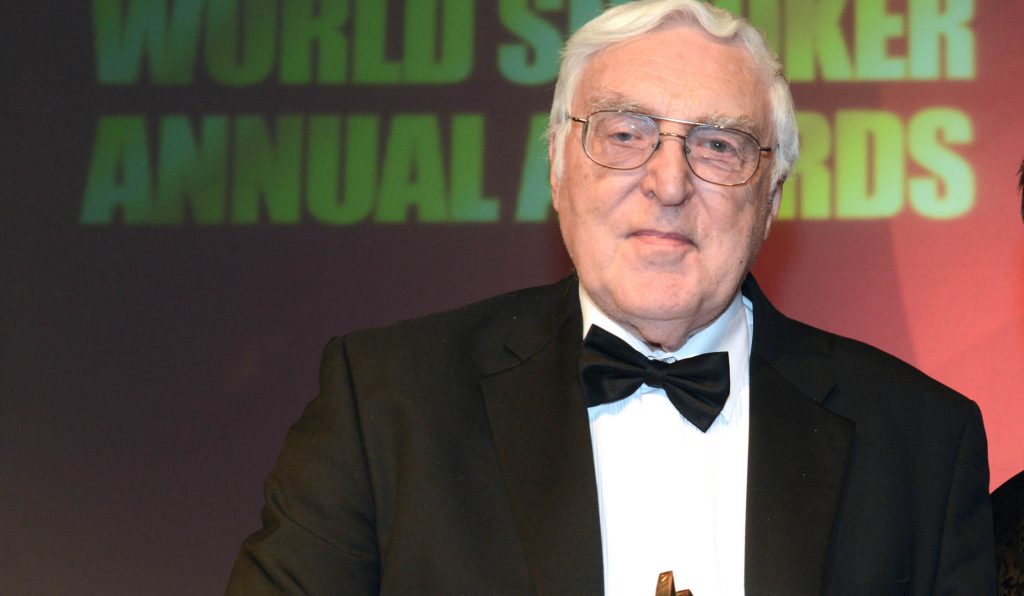 The Cazoo British Open, televised by ITV, runs from September 26 to October 2 in Milton Keynes and the champion will lift the Clive Everton Trophy on the final night.

A former snooker and billiards player, Clive first commentated for the BBC in 1978 and went on to work for other broadcasters including ITV. His voice decorated many of the sport’s biggest moments for several decades.

In 1971, Clive took charge of the magazine Billiards and Snooker, and the following year it became Snooker Scene. He remained as editor for the next 50 years, one of the longest stewardships of any sports publication worldwide.

Snooker Scene played a crucial role in the politics of snooker as Clive scrutinised the action and decisions of the sport’s governing body. He played a vital role in the transition of power which led to Matchroom Sport and Barry Hearn taking the reigns of the WPBSA and WST in 2010.

Clive, age 85, has been widely recognised throughout the media world as an outstanding journalist and commentator. He was inducted into the Snooker Hall of Fame in 2017 and awarded an MBE in 2019.

WST Chairman Steve Dawson said: “We felt that naming the British Open Trophy after Clive was a fitting tribute to him in the same month that he has retired from snooker journalism after more than 50 years. He has made an outstanding contribution to our sport and we will reflect on that each year when the Clive Everton Trophy is lifted. We wish him every happiness in his retirement.”

This is indeed a well deserved recognition for an entire life devoted to support and promote the game we love. It would be great if Clive could be there in person to present the trophy in about 10 days from now.