Skip to content
HomeMark Allen is the 2023 Grand Prix Champion

Mark Allen beat Judd Trump by 10-9 yesterday evening – or was it early this morning? – to win the 2023 World Grand Prix. This is his third ranking title this season and that makes him only the tenth player in snooker history to have won three titles or more in one season. 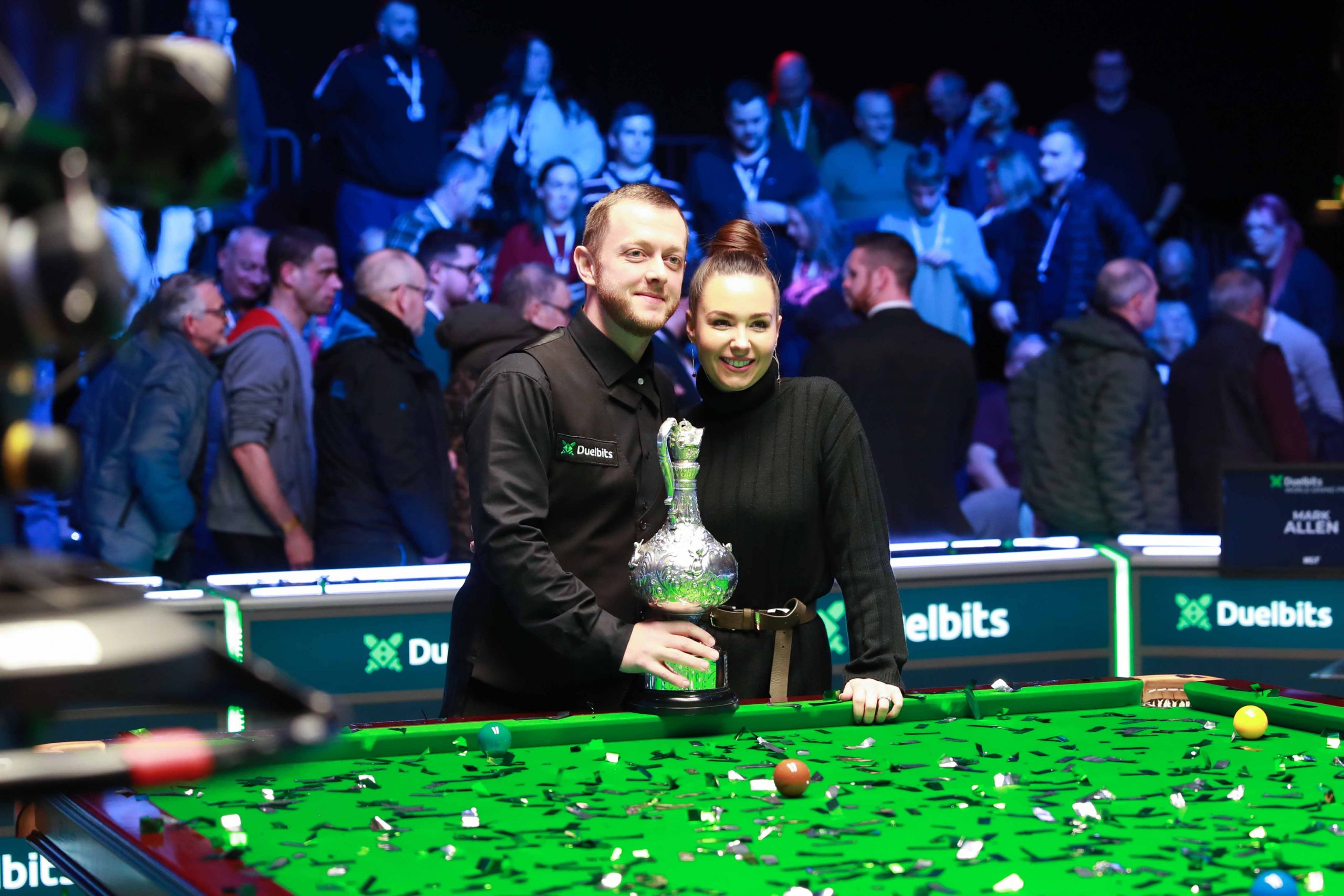 Mark Allen captured the ninth ranking crown of his career, after holding off a stirring Judd Trump fightback to win a classic Duelbits World Grand Prix final 10-9 in Cheltenham.

Northern Irishman Allen had looked set for a comfortable evening’s work when he led 7-2. Bristolian Trump had other ideas and came roaring back into contention and set up a grandstand finish, with the backing of a rapturous local support.

The Ace in the Pack put on a supreme display of break building on his way to forcing a decider. However, the final frame became a nervous and tense affair. Both players spurned chances as they jostled to make a match winning contribution. Eventually a missed yellow proved to be Trump’s undoing. Allen stepped in and composed a break of 52 to get over the line and claim the title.

Victory for the Pistol is a continuation of the best season of his career so far. For the first time he has now won three ranking titles in a single campaign. Allen defended his Northern Ireland Open title in October, beating Zhou Yuelong 9-4 in the final. The former Masters champion went on to defeat Ding Junhui 10-7 in the UK Championship final in November to claim Triple Crown silverware for the second time.

This all comes off the back of a strict fitness regime over the summer, which has seen Allen shed nearly six stone. He has also started working with sport psychologist Paul Gaffney to improve the mental side of his game. That work has clearly paid dividends, given the £100,000 top prize is now set to move Allen to a career high world ranking of third. 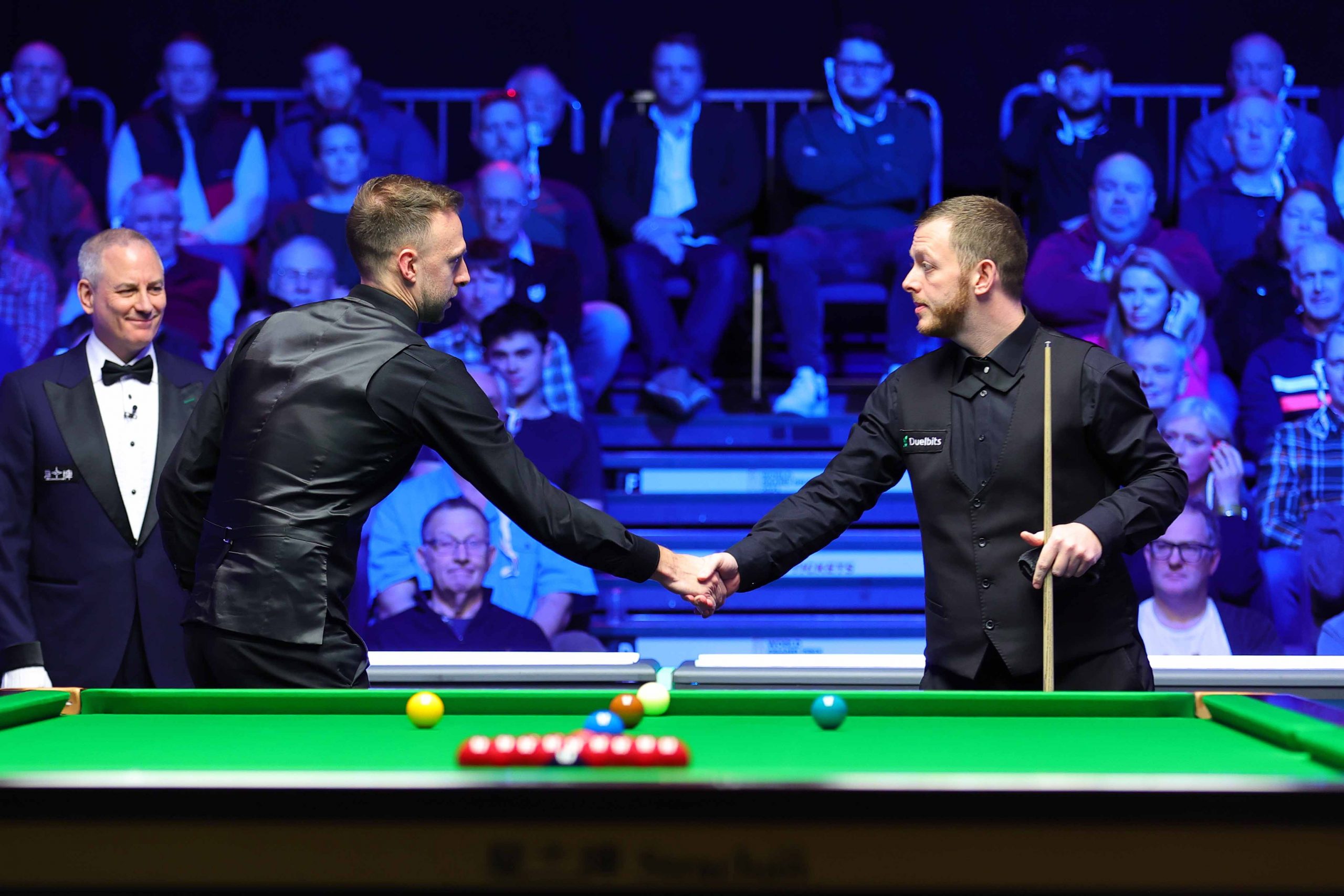 Allen is also a runaway leader on the one-year list, with this evening’s victory taking him past the £500,000 barrier for the season. Meanwhile Trump will move into the top eight thanks to taking the £40,000 runner-up prize. That stands him in position to secure a place in the remainder of the Duelbits Series. Only the top 16 qualify for the Duelbits Players Championship, with the best eight progressing to the Duelbits Tour Championship.

Trump will be disappointed not to have picked up silverware in his home event. He now trails Allen 13-11 in their head-to-head record. However, it’s been a superb fortnight for the 23-time ranking event winner, having won the Masters last weekend. Trump beat Mark Williams 10-8 in an epic final at Alexandra Palace to capture the Paul Hunter Trophy for a second time.

Allen got the better of a cagey afternoon, where both players struggled to settle in the early stages. He eventually pulled away to establish a 6-2 lead. The evening action couldn’t have been any more different, with four of the first five frames being won to nil with big breaks.

The opening frame saw Allen extend his advantage thanks to a break of 88 to move 7-2 ahead. Trump then burst into life with a superb run of 140 to equal the highest break of the tournament and reduce his arrears. He then made it 7-4 with a contribution of 108.

Trump had the first opportunity in the 12th, but narrowly missed a long red. Allen punished that in the most brutal fashion possible, firing in a sublime 141 to surpass Trump’s highest break tally and move 8-4 up heading into the mid-session interval.

When play resumed Trump fired his way back into contention, crafting breaks of 51 and 87 on his way to claiming the next three frames to pull within one at 8-7.

The sixteenth frame then saw Trump attempt an ambitious four-ball plant, which he missed. However, a fluke enabled him to continue his run and compile 57 to finally restore parity at 8-8.

Allen was the first to move one from victory after taking the 17th frame. Trump refused to back down and a break of 76 took the match into that dramatic final frame. Eventually it was Allen who hauled himself over the line. 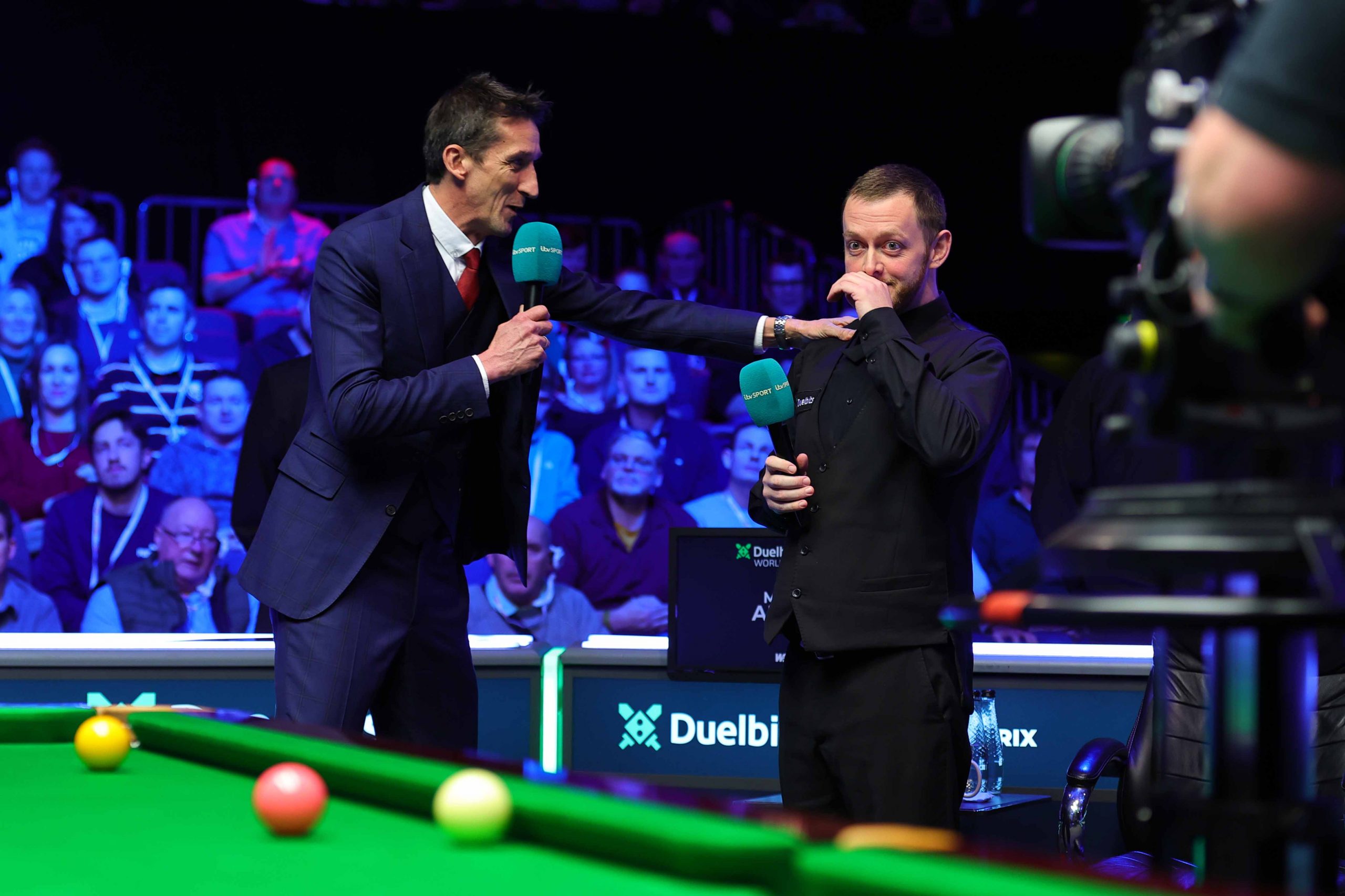 “Judd got on a run and he is hard to stop when he is like that. His safety improved as well. These things are never easy. Yes it would have been nicer to finish it in one go in the last frame, but to get over the line after being so far ahead shows the strength in character that I’ve got,” said 36-year-old Allen.

“There were a number of times I thought I had him in all sorts of trouble and he won three frames from crazy reds. That puts you under pressure, because your safety needs to be perfect. He has won everything the game has to offer so you are expecting that. It’s still not nice to have to put up with it though.

“I chatted to my psychologist at 6-2 and not that we were being negative, but he said I get to test myself if he gets back into it. If I go ahead and win 10-2 that is great. However, if it goes close it is another challenge. If I am up to that then brilliant and if not then we will try again next week. It is really clear things like that he is trying to get me to enjoy, the battle. It didn’t turn out to be the best final frame, but ultimately I got the job done.

“I’m thinking so positively all of the time. Even when my game isn’t there, I am thinking clearly. I am choosing the shots that are best for the occasion and how I am thinking on any given day. He has helped me get there. It has been a proper team effort. Sorting a lot of problems off the table has meant I can focus on snooker again and that is great.”

Trump said: “I had my chances in the last frame. I was just trying to make a fight of it and trying to give the crowd something to cheer about. The support was amazing.

“I want to say congratulations to Mark. Although, I felt I had chances to win, he was very solid all day and put himself in that position where he had a few chances to get over the line.”

There was an extended discussion on twitter yesterday about Mark Allen’s game in this match. Being now living in Greece I was watching on Eurosport, with Philip Studd in the commentary box. Philip is a massive Judd fan but he had no criticism about Mark’s game. It seems however, from what transpired on twitter, that on ITV the commentators and or pundits were quite negative about it, stating that Mark was unnecessarily and deliberately slow and negative in his shot choices. This all started already during the first session, a session Mark won by 6-2. At the end of that session, Mark’s AST was 25 seconds and something … Judd’s was 27 seconds and something. Go wonder… It is true that Mark was taking a bit more time than in the past to consider his options but he was by no means slow. He wasn’t trying to “freeze” the game either by putting balls on cushions. He was not taking unduly risks but why would he? Especially knowing how good a potter Judd is. I really, really do NOT understand what could be seen as wrong in his approach.

One tweet in particular made me smile in disbelief. Mark Allen was accused to be more negative than Mark Selby ever has … I would suggest to those tempted to agree with that assessment to try and find a footage of the 2013 Masters semi-final between Selby and Dott, and Dott’s full press conference after that match. I found back the Eurosport report on that match. I was there, I saw it “live” although there wasn’t much life left around Ally Pally by the end of that match. Mark was putting every ball safe, usually glued on a cushion, leaving it to Graeme to try and take them out in the open, only for Mark to put them back on cushions more often that not. Mark was picking the pieces one by one. He did what he needed to do to win, but the people were leaving en masse, some of them even mid frame. To be fair to Mark Selby, he isn’t playing like that anymore these days, although he’s still a master tactician. He said it himself after that match, he didn’t enjoy it. He was torturing himself as much as he tortured his opponent and the crowd. That wasn’t good for anyone.

I’m not a “Selby hater”, I have met Mark many times and I like him. I like him as a person. I admire his courage, his tenacity, his will to win and his tactical skills. But there were times where the snooker he played was absolutely gruelling and he would probably be the first to agree with this assessment.

3 thoughts on “Mark Allen is the 2023 Grand Prix Champion”