Skip to content
HomeHong Kong Masters 2017 – the exhibition side

Aside from the main competition, Stephen Hendry, Jimmy White and On Yee Ng were invited to play a “pot black” exhibition, taking place on the Finals day afternoon.

Read the report by the Chinese press on this event here

She may be twice world champion but it was the first time the Hong Kong star had played in front of more than 3,000 fans 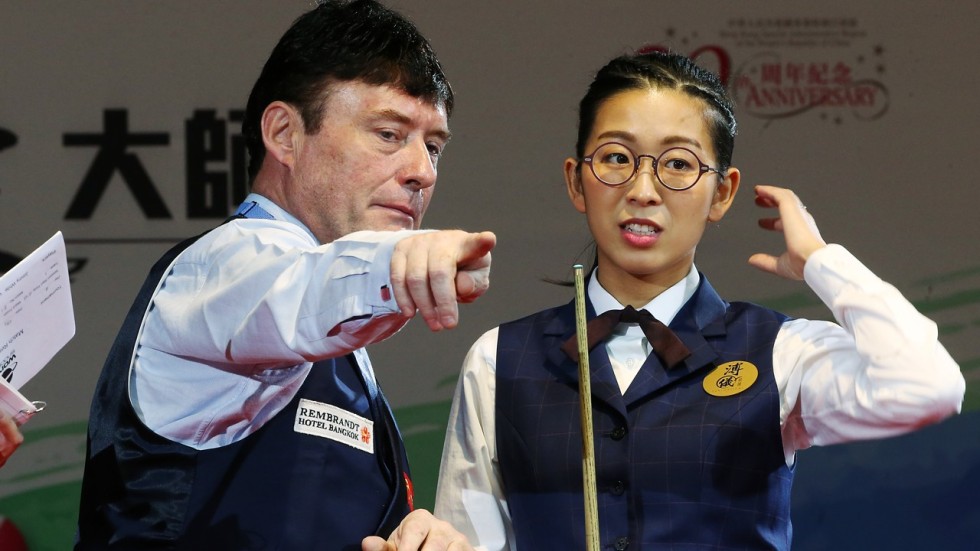 Two-time reigning women’s world champion Ng was on Sunday night flying to the World Games in Poland, where she will take on male players and Belgium’s Wendy Jans – the only other female taking part.

There will be plenty for her to think about on the plane after losing to Jimmy “Whirlwind” White and Stephen Hendry at the Queen Elizabeth Stadium in an exhibition prior to the Hong Kong Masters final.

Ng was beaten by White 145-43 over two frames under the pot black rule while Hendry scored an overwhelming 151-49 win in the following game, including a 72 break in the second frame.

The strength of the crowd proved difficult for her to handle. The fickle weather meant the match was initially switched to being playing behind closed doors but then changed back to allow in the fans after a one-hour delay. 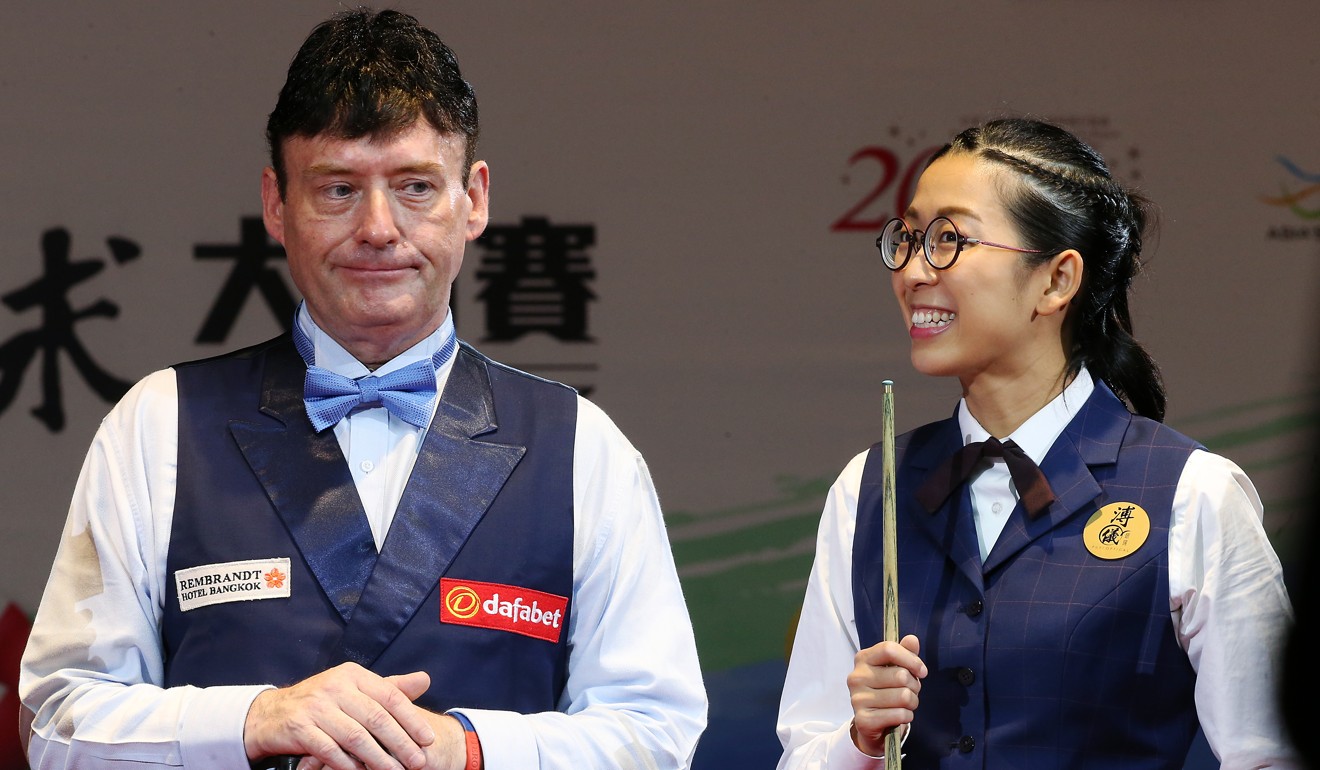 “I thought it was a big crowd when I last played at the Crucible for the men’s world championship qualifiers with a crowd of 300, but today it was more than 3,000,” she said. “I could not find my rhythm from the first moment, maybe it’s the first time I played in front of so many home fans in a big venue and seemed not to be able to control my muscles.

I want to break the glass ceiling: Hong Kong snooker queen Ng On-yee determined to compete with the men

“But you don’t have too many opportunities like this. It’s a great experience of playing two great players and you gain experience match by match. Although it’s not a good performance, I did my best and hope the fans enjoy the game.”

Even her father, Ng Yam-shui who came to support his daughter, said she failed to play her best.

“She was too tensed. I can tell,” he said. “Maybe her performance was affected by the big home crowds. She should have taken it easy as the two were all-time great players.”

White also comforted his opponent, saying Ng could do much better even against men’s players in future if she could cope with the atmosphere. 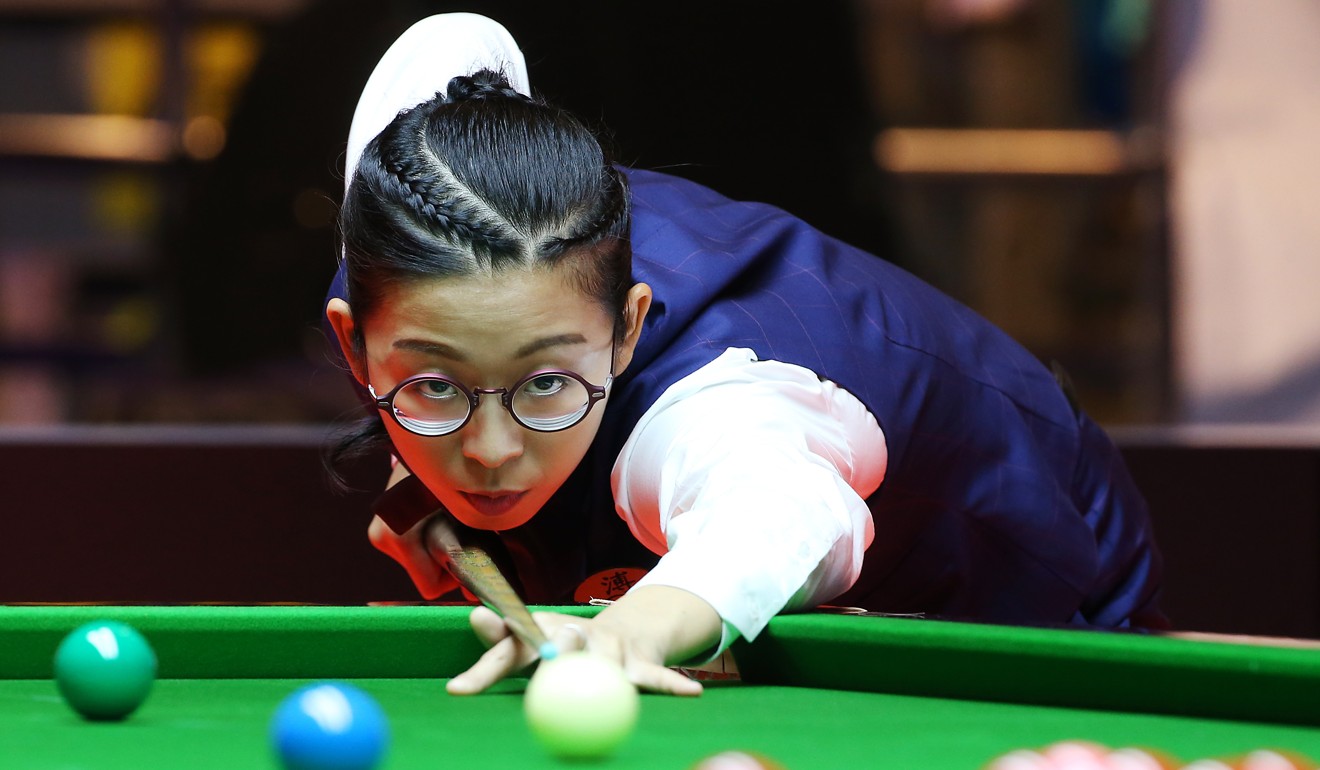 “She needs to get a bit more used to the conditions like this,” said White, who has been given a wild card to play in the professional tour for next two seasons. “Today was the first time she played in front of a big crowd and when me and Steven played in front of a big crowd the first time, it was nerve wracking. She played well in the matches and just a bit nervous. She just keeps practising under her coach Wayne Griffiths and carries on as she is.”

At 55, White still enjoys snooker and is still keen to play in the tour.

“The season just started and I’ll go home tomorrow and get ready for it,” said White, who beat Hendry 109-74 in their exhibition match. “I plan to play in every tournament in the new season. Basically I want to stay with tour as I enjoy practising. While I still enjoy practising, I will carry on competing.”

And watch it here …

The format was: round-robin, matches in 2 frames, aggregated points.

5 thoughts on “Hong Kong Masters 2017 – the exhibition side”