This is WST report on the second day at the 2021 World Grand Prix:

Relieved Robertson Back After Health Scare

Neil Robertson felt as if he was “walking on a bouncy castle” just days ago when he suffered from pulsatile tinnitus, but his health is much improved and his game remains in good shape as he proved with a 4-0 drubbing of Noppon Saengkham in the first round of the Cazoo World Grand Prix.

Pulsatile tinnitus is a rhythmic throbbing at the same rate as the heart beat, heard in both ears. Fortunately for Australia’s Robertson, he seems to be through the worst of this unpleasant condition.

“It has been a tough couple of weeks,” explained the 39-year-old. “I was building up for the defence of the UK Championship, then on the eve of it, this cropped up. Even if I had won my first match there I would have had to withdraw. For the next few days I felt as if I was walking on a bouncy castle, my balance was all over the place. They put me on steroids for a week and I had to pull out of the Scottish Open.

“I still have a a little bit of ringing in the ears in the morning, but nowhere near as bad as it was. And the pulsing has stopped, with my heart racing a million beats a minute for no reason. Hopefully it stays the way it is now.

“For the past week I have been able to practise. I tried to gradually extend my practice time, bit by bit during the week. I was a still a bit dizzy until the last five or six days when I was back to normal. I’m happy to be in this event because it’s a fantastic tournament to be involved in.”

There were few flaws in Robertson’s game on the table as the former World Champion knocked in breaks of 54, 65 and 100 in a comfortable win over Saengkham. His next opponent will be Anthony Hamilton. 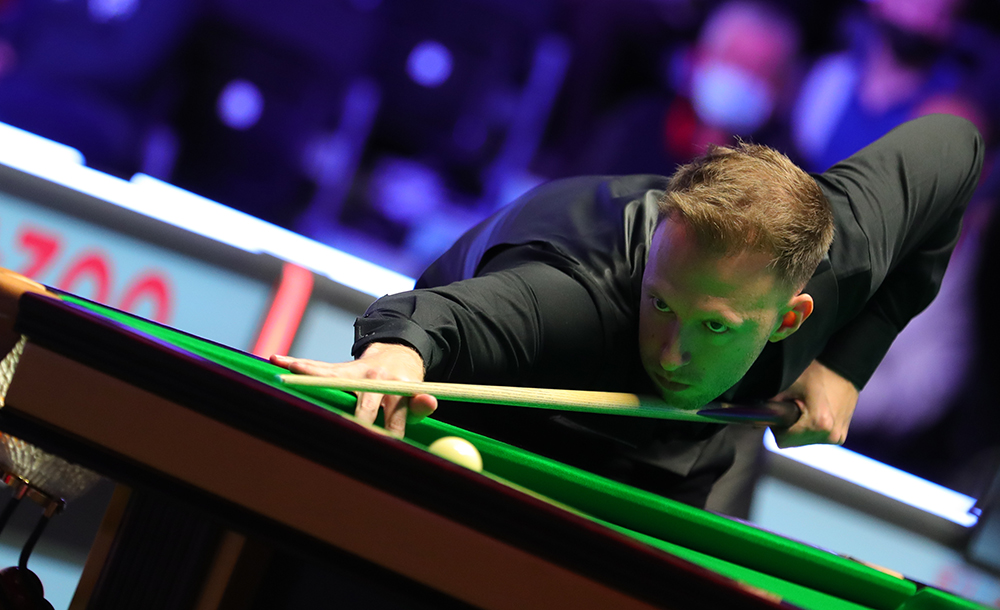 Defending champion Judd Trump recovered from a slow start to beat Ben Woollaston 4-2. A break of 90 put Woollaston 2-1 ahead, before world number two Trump took three in a row with top breaks of 60 and 53.

Trump’s next opponent is Tom Ford, who scored a surprise 4-2 win over John Higgins. Over the past two months, Higgins has contested four finals but lost all four, most recently his BetVictor Scottish Open clash with Luca Brecel last Sunday. 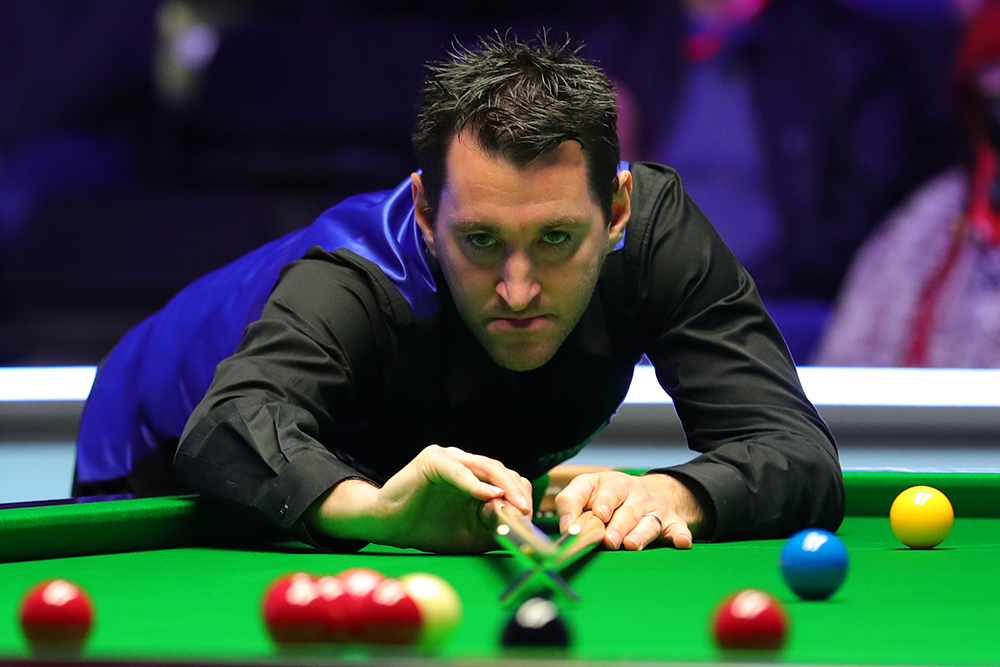 And this time Scotland’s Higgins fell at the first hurdle, losing a high quality contest against Leicester’s Ford. A run of 75 gave Ford the opening frame, then Higgins won two of the next three with breaks of 66 and 81. Ford, a semi-finalist in this event in 2020, shut his opponent out from 2-2, making 71 and 130 to take the last two frames.

World Champion Mark Selby battled to a 4-1 success over Barry Hawkins. Selby is yet to reach the quarter-finals of any ranking event this season, but will make the last eight this time if he beats Mark Allen. Hawkins missed the final pink at the end of a 47-minute opening frame, allowing Selby to go 1-0 ahead. A break of 76 drew Hawkins level, but Selby dominated the remainder of the match, taking the last three frames with a top break of 51.

Stephen Maguire won a Glasgow derby against Anthony McGill by a 4-0 scoreline, though it was a fragmented match with only one break over 50: a 64 from Maguire in frame two. In the second round, Maguire will face Jack Lisowski.

Tinnitus is a very “uncomfortable” condition with the loss of balance and constant noise in the ears. It played a big part in former player Joe Swail’s game decline and ultimately it forced Joe to retire. I’m stating the obvious but it’s important that the cause of Neil’s tinnitus is found so that it can be treated. One possible cause is anemia. Neil is a vegan and has been for many years. He might need to look at his diet and make sure he gets all the nutrients and supplements he needs.

John Higgins didn’t play well at all yesterday. He looked tired and probably was tired. He made it to four finals in the last two months and lost them all, it’s bound to take its toll especially as John at 46 isn’t that young anymore in the context of professional sport. Tom ford took full advantage.

Ben Woollaston missed the boat. He was on top of Judd Trump at 2-1, and first in the balls in the next. At that point Judd looked a bit rattled and anxious in his seat. Ben missed an absolute sitter early in frame four, allowing Judd to come back to the table and draw level. It completely changed the feel of the match and the mindset of both players. Judd hasn’t gone past the QF in any ranking event this season. He bowed out in the last 32 in York and in the last 16 in Llandudno. He will NOT be tired. His next opponent, Tom Ford, is an excellent player but his temperament under pressure isn’t the best …

Anthony McGill has admitted that he finds it hard to get motivated for the “lesser” events. It has shown in his results this season so far, with early exits in everything but the UK Championship and the Scottish Open. Neither he nor Maguire convinced me yesterday.

I didn’t watch the Ali Carter v David Gilbert game. I’ll just say this: I’m not particularly happy with the result … for many reasons. Ali being in this comp is a bit of a travesty. One third of his ranking points this season come from the “best of 4” ranking Championships League played last summer. Other than that his best result was a last 16 in the “best-of-5” British Open last August. He’s not even reached the last 32 in any thing else this season.