Ronnie will be doing a special night in London 22nd July. You will have the opportunity to hear Ronnie’s story in his own words. This event aims at raising money for good friends Pete and Hannah Cohen for her treatment.

An Evening With Ronnie O’Sullivan

We need to raise around £250,000 to give Hannah the opportunity to have treatment which will save her life. The NHS cannot offer her any options but there are some pioneering therapies available in Germany and the US which we are currently exploiting. To give Hannah access to the treatment, we need to fund it privately. In return of purchasing a ticket below for only £50, you’ll receive an evening with snooker legend Ronnie O’Sullivan.

Where will this event be?

There will also be an auction, with signed Ronnie memorabilia to be won.

Pete Cohen and Ronnie have been friends for a a very long time. Pete is a mental coach and has been helping Ronnie in some particularly difficult moments. Now is the time when his wife and himself need help … 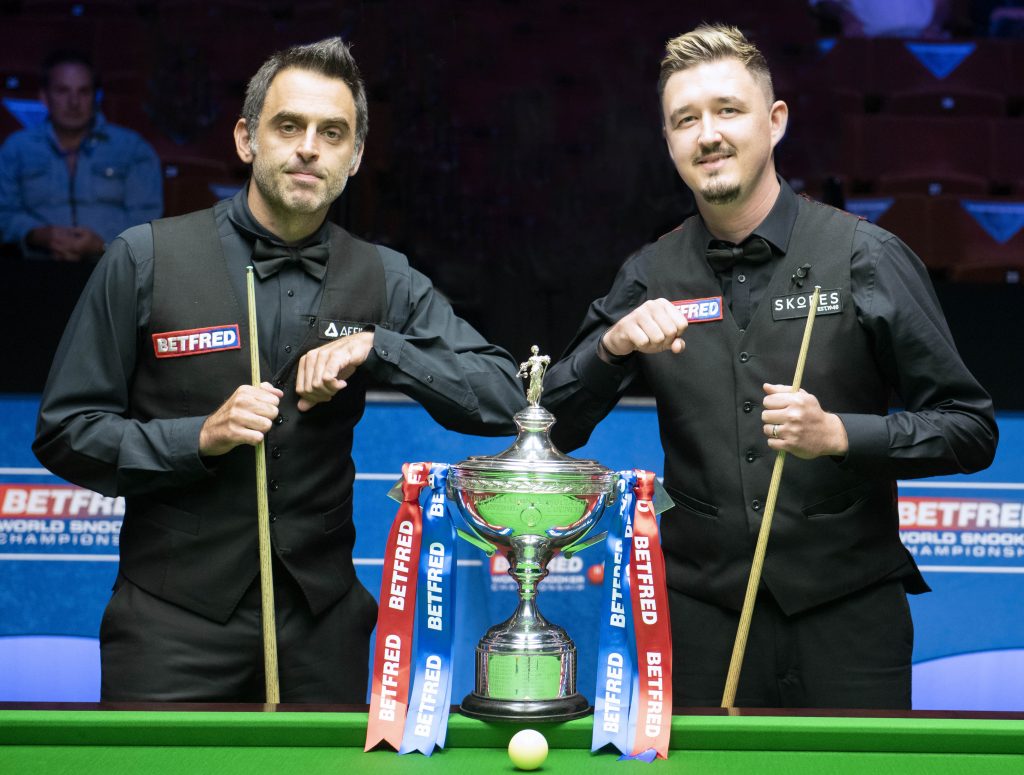 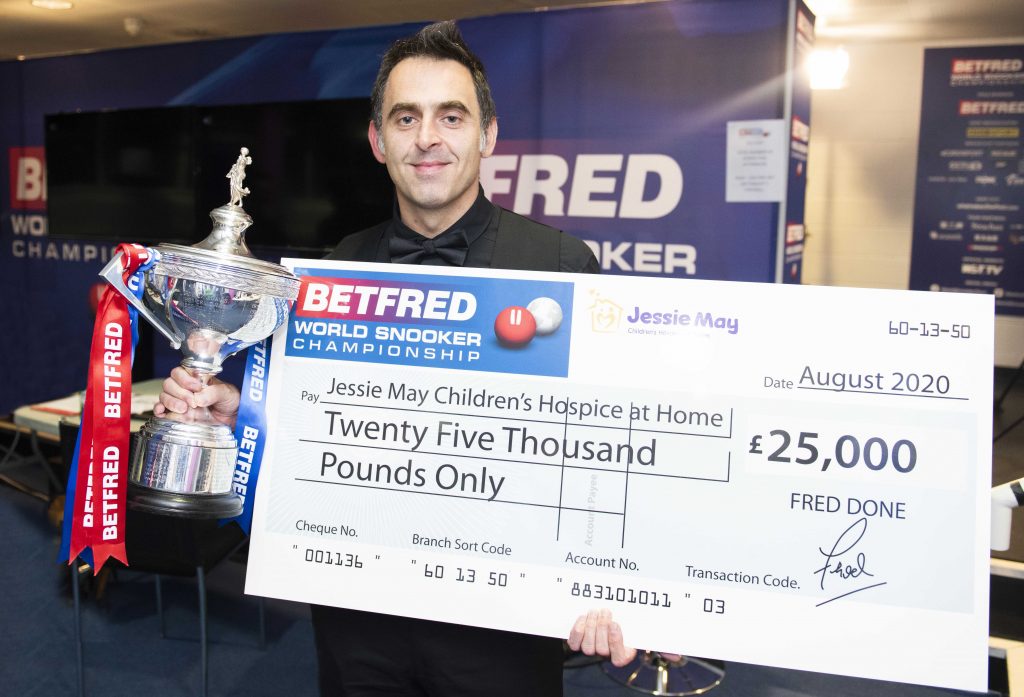 Jason Francis came up with the idea. Here is WPBSA explaining what it’s all about:

Snooker Stars Potting for the NHS

Leading snooker stars including 2015 world champion Stuart Bingham have taken part in the Blue Ball Snooker Challenge during the ongoing COVID-19 pandemic to raise money for the National Health Service (NHS) in the United Kingdom.

The initiative was the brainchild of World Seniors Snooker Chairman Jason Francis who challenged any players with snooker tables at home to try and pot ten difficult blue balls with people predicting how many they would get and donating to the NHS.

“It started as a bit of fun but its gone viral now with players having a go and raising money for our national health service in the UK,” said Francis. “This week alone we have had Stuart Bingham, Joe Perry and Kyren Wilson take part and our regular Facebook live videos have proved very popular with the snooker community.”

The initial goal was to raise £1,470 for a local NHS trust as a reference to snooker’s maximum 147 break – a target which was soon met within four days. Further targets have since been met for bodies including the London North West NHS Trust and Barts NHS Trust, with a Sheffield-based Trust set to be the next beneficiary in recognition of the city’s status as the home of snooker having hosted the professional World Snooker Championship since 1977.

Overseas players in Ireland have also taken up the challenge with €1,000 having been raised for its Health Service Executive.

“For as long as we remain in isolation, and players want to continue supporting this, we will continue,” added Francis. “It would be incredible if we could top £10,000 by the time we finish.”

For more information and to view the attempts so far visit the ROKit Phones World Seniors Snooker Facebook page.

This is a great initiative and players have really embraced it.

Gary Filtness, the Super Seniors n°1, was first to take it and made it ten out of ten! Stuart Bingham made nine. Kyren Wilson involved his whole family. Emma Parker, the women under-21 n°1, potted eight out of ten…

Far too many players took it already to name them all, with a lot more already committed to trying their best and they come from all corners: professionals, seniors, juniors, disability players, all united to support their national health system.

Stuart Bingham won the Pink Ribbon 2019, beating Mark Allen by 4-3 in the Final.

This year marked the 10th anniversary of the event. To make it more special, it was also the year the £100000 landmark was passed. Yes, over the last 10 years the event gathered over £100000 for its charities, supporting medical research aiming at curing breast cancer as well as proximity support for the sufferers and their families. Plus Stuart Bingham & Mark Allen BOTH donated £1000 each from their winnings back to the tournament charity pot.

It also attracted a record number of nearl 400 entries.  It’s a truly inclusive event, played in great spirit: players of all ages and abilities come together to support the cause.

Congratulations to Paul Mount and his team!

With a special mention to Andrew Norman who was everywhere, for everone and even managed to mont a good defence if his title on top of everything else.

And nothing would be possible without the tournament director, Clive Brown, and his team of referees, all working tirelessly and for free. This time with the record number of entries, they worked 18 hours/day throughout. Yes, you read it right: 18 hours/day!

Congratulations to Clive Brown and his team!

I took far too many pictures for me to publish them on this page. So here are the links to the Facebook albums. You don’t need to be on facebook to browse through them:

19 July – the venue is getting ready

There was also a very special moment on Monday evening, when Paul Mount was honoured for his 10 years commitment and work for his charities of choice. Clive Brown was honoured  as well for 10 years of tireless support to the event.

Congratulations and thank you to all players

Because without you, the event wouldn’t exist!

The South West Snooker Academy certainly is getting ready and waiting for you, players and fans …

The resident tables have been refurbished and two more tables are nearly ready in what used to be the practice area,  with some seating for spectators.

with the trophies on display.

It should be a great event … it will be great event thanks to all wo entered and all who will come and support whilst watching some great snooker!

This is the message from Paul Mount yesterday:

394 entries into this years pink ribbon pro am charity snooker competition at SouthWest SnookerAcademy
A big thanks and well done to Andrew Normanand Clive A Brown for all their hard work sorting out the schedule.
Also thanks to World snooker services for installing two extra star tables so we can meet the tight schedule.
We should break through the £100,000 raised barrier at this our tenth pink ribbon event , all of which goes to breast cancer charities.

You will find everything you need by following the links below: